Sulo Lembinen of the University of Tartu has enthusiastically continued scouring Estonian sources and has already turned up additional information about Matilda Talbot’s 1939 donation of original Talbot prints; this has allowed some refinement of the information in last week’s blog. 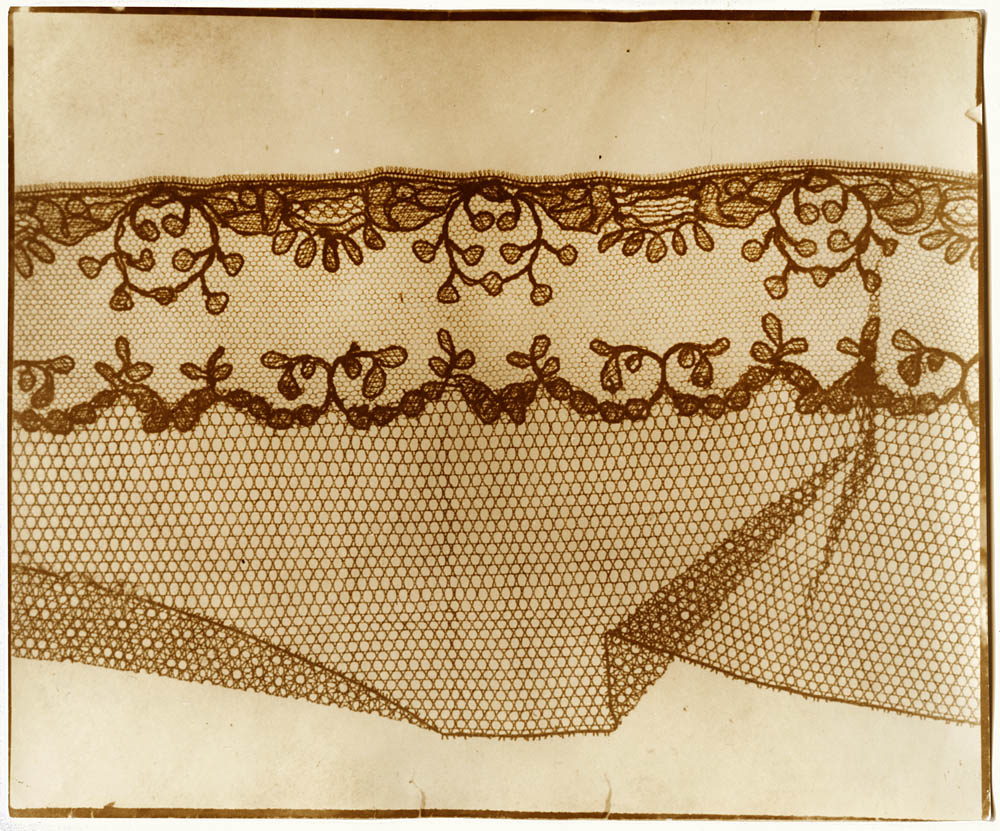 In public lectures and private conversations I am often asked provocative questions along the lines of ‘what is your favourite Talbot’ or ‘what is the best that Talbot could do’. Artful dodging of the query is my fallback position.  The truth is that I have many favourites and that Talbot achieved many personal bests.  But if for some reason the art of photography had to come to a sudden end, I personally think that it could finish on no higher note than Talbot’s depiction of Diogenes extending his lantern in his quest for truth. This extraordinarily evocative image is simultaneously a visual and a technical triumph.  The subject is one of the terra cotta figures set into a niche in the Great Hall of Lacock Abbey.  To the left outside the frame are the gothic revival windows with their insets of ancient glass.  In the late afternoon as the sun begins to set, the pattern of the windows begins to race across the room.  Talbot took his picture in 1840 on the 29th of September.  Although I’ve never managed to be at the Abbey on that exact day, I’ve come close enough to estimate this to have been taken around 4 pm.  It is an amazing feat of timing, for this composition of light and shade exists only momentarily.  The picture changes within seconds and Talbot got it just right.

In his 31 January 1839 paper on photography – his very first – Talbot explained the ‘Art of Fixing a Shadow’: “the phenomenon…appears to me to partake of the character of the marvelous ... the most transitory of things, a shadow, the proverbial emblem of all that is fleeting and momentary, may be fettered by the spells of our ‘natural magic,’ and may be fixed for ever in the position which it seemed only destined for a single instant to occupy … such is the fact, that we may receive on paper the fleeting shadow, arrest it there, and in the space of a single minute fix it there so firmly as to be no more capable of change, even if thrown back into the sunbeam from which it derived its origin.”

That was written at the start of 1839, when a single minute seemed miraculous, but Talbot could never have taken this picture with his original photogenic drawing paper.  In order to achieve the crispness so essential to the image, he turned to his newly-discovered calotype paper, where the development of the latent image reduced the exposure times by a factor of hundreds or thousands.  This stunning photograph was taken within a week of discovering the process!  The exposure time he recorded on the negative was eighty seconds.  In his manuscript list, Talbot blandly named his spectacular negative “Diogenes (small) with g.” – recognizing the gallic acid that was the key to his new success.

Curiously, this is the only known print from this wonderful negative.  Perhaps others were made, and admired too much, or perhaps this early negative was sacrificed in making a solitary print.  The negative today is much faded. Probably around the same time, Talbot took another picture of the wall where Diogenes is placed.  Its defects hint at the difficulty he faced in mastering the process so early. 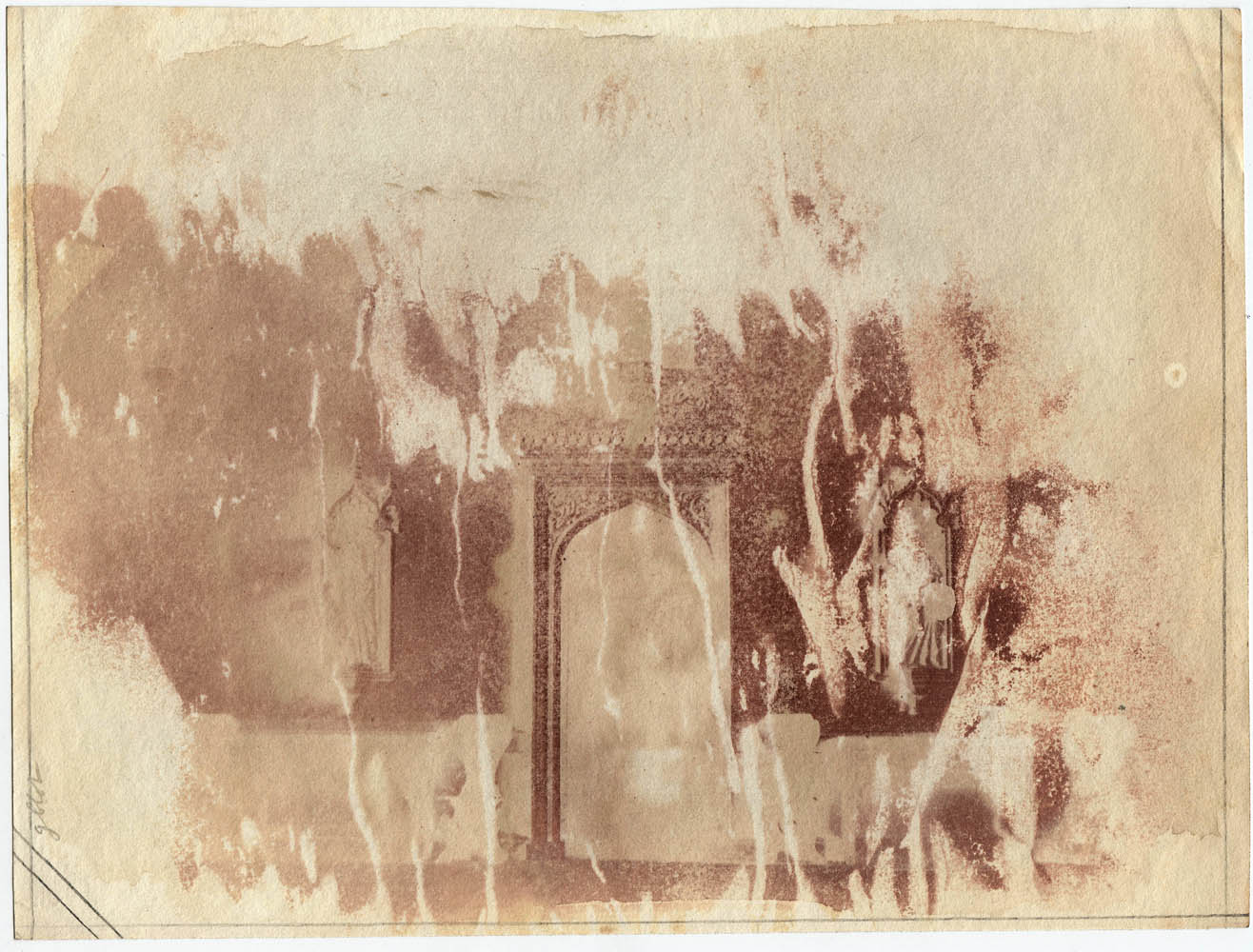 A week later, on 6 October, Talbot took another negative which he titled “Diogenes, without sun, 17′ (small).”   He distributed numerous prints of this one, apparently impressed by the calotype’s ability to turn seventeen minutes of gloom into a visible image. 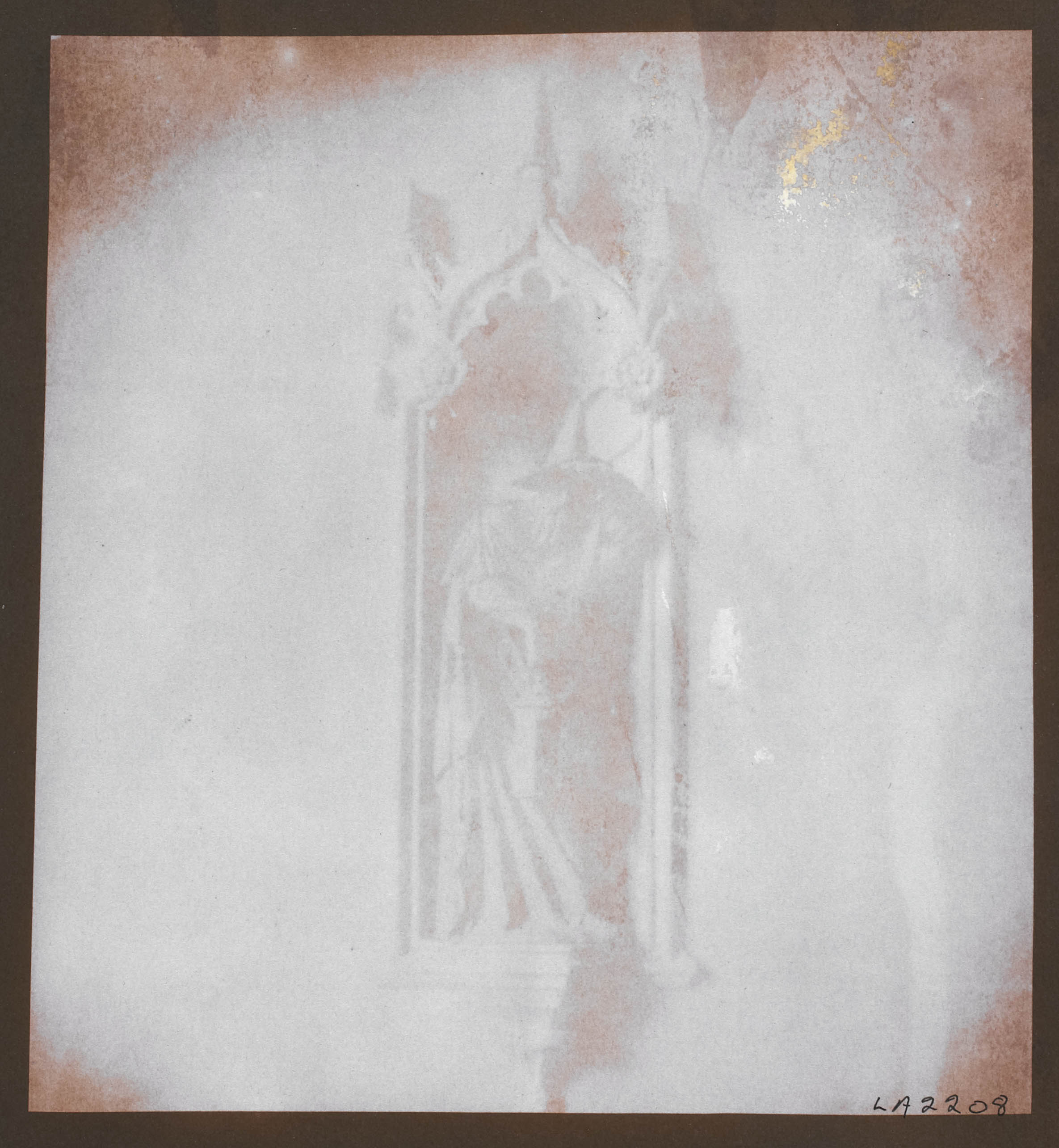 Perhaps by next week I’ll have another favourite in mind, but Diogenes is an image that I return to again and again.  I can’t imagine ever exhausting its potential or ever tiring of it.  In fact, it so impressed Mike Weaver that he christened Henry Talbot “Diogenes with a Camera.” I like that thought.

• Questions or Comments? Please feel encouraged to contact Prof Schaaf directly at larry.schaaf@bodleian.ox.ac.uk   •  WHFT, Black Lace, salt print from a photogenic drawing negative, Special Collections, the University of Tartu, f42.s6; Schaaf 3803.  • WHFT, Diogenes, in the Great Hall of Lacock Abbey, salt print from a calotype negative, 29 September 1840, National Media Museum, Bradford, 1937-365/23 – the negative is in the Smithsonian Institution’s National Museum of American History, 1995.206.93; Schaaf 2478. • The shadow quote is from Talbot’s first paper on photography, read to the Royal Society on 31 January 1839.  He published the full text as Some Account of the Art of Photogenic Drawing, or the Process by Which Natural Objects May be Made to Delineate Themselves, Without the Aid of the Artist’s Pencil (London: R. and J.E. Taylor, 1839), pp. 6-7. • WHFT, manuscript negative list for 12 November 1839 – 25 October 1840.  Fox Talbot Collection, The British Library, London. •  In addition to distributing the later image widely, Talbot kept a print in his own album No. 6, Fox Talbot Collection, the British Library, London, LA2208; Schaaf 2490. • Mike Weaver, “Diogenes with a camera,” in his Henry Fox Talbot; Selected Texts and Bibliography (Oxford: Clio Press, 1992); it is well worth reading his essay on Diogenes, pp. 1-6.