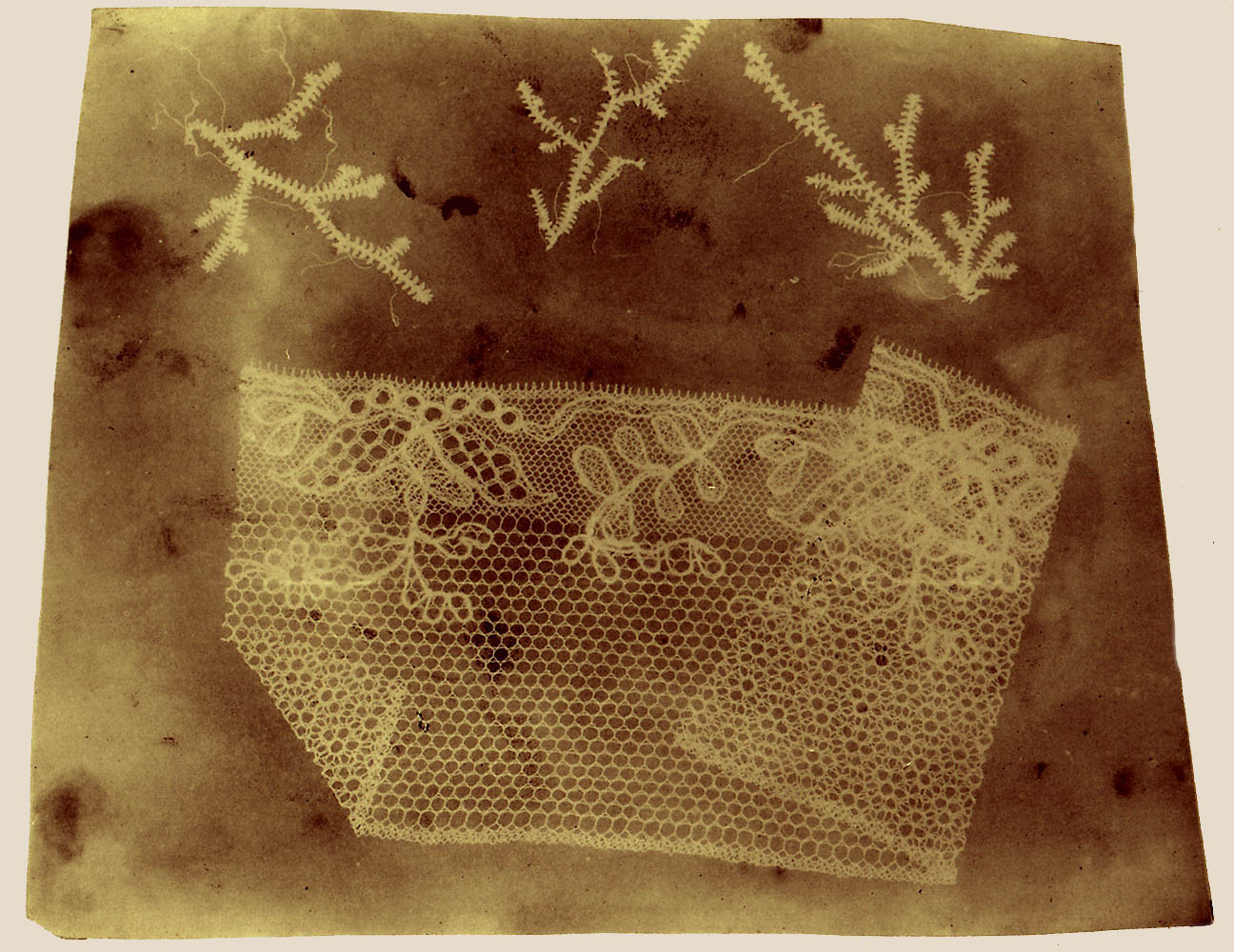 How do you take something in a totally new visual medium and express it through an existing and familiar form of communication?  This was the dilemma suddenly faced by journal editors in early 1839.  Daguerre’s announcement surprised everyone but it would be some time before anyone in Britain had a chance to even see one of his plates.  Closer to home,  Talbot’s photogenic drawings were first seen by a public audience on 25 January 1839.  Most of the London-based editors could easily have arranged to personally examine at least a few of these early productions by the inventor.  Less than a month later, Talbot published the working details of photogenic drawing.  When The London Saturday Journal learned that Talbot had freely shared the secrets of his process , they admiringly said “Mr. Talbot has, with a liberality worthy of a philosopher and a lover of his country, communicated his whole process.”  And the field was thrown open to other experimenters to try their hand.

In the days long before facebook and other forms of instant communication and distribution of images, the weekly and monthly magazines were one of the few ways to bring pictures before the public.  But how could they translate what they saw into something comprehensible to their readers?  It was not possible to reproduce photographs directly in printer’s ink and in the miserably lacking sunshine of 1839 there was no way that Talbot or anyone else could produce original photographs in quantity.  Especially, how would one present and explain the idea of a photographic negative when it was too early for this unexpected creature to even have its own name?  A year would pass before Sir John Herschel suggested that “to avoid much circumlocution, it may be allowed me to employ the terms positive and negative, to express respectively, pictures in which the lights and shades are as in nature, or as in the original model, and in which they are the opposite, i.e. light representing shade, and shade light. The terms direct and reversed will also be use to express pictures in which objects appear (as regards right and left) as they do in nature, or in the original, and the contrary.” 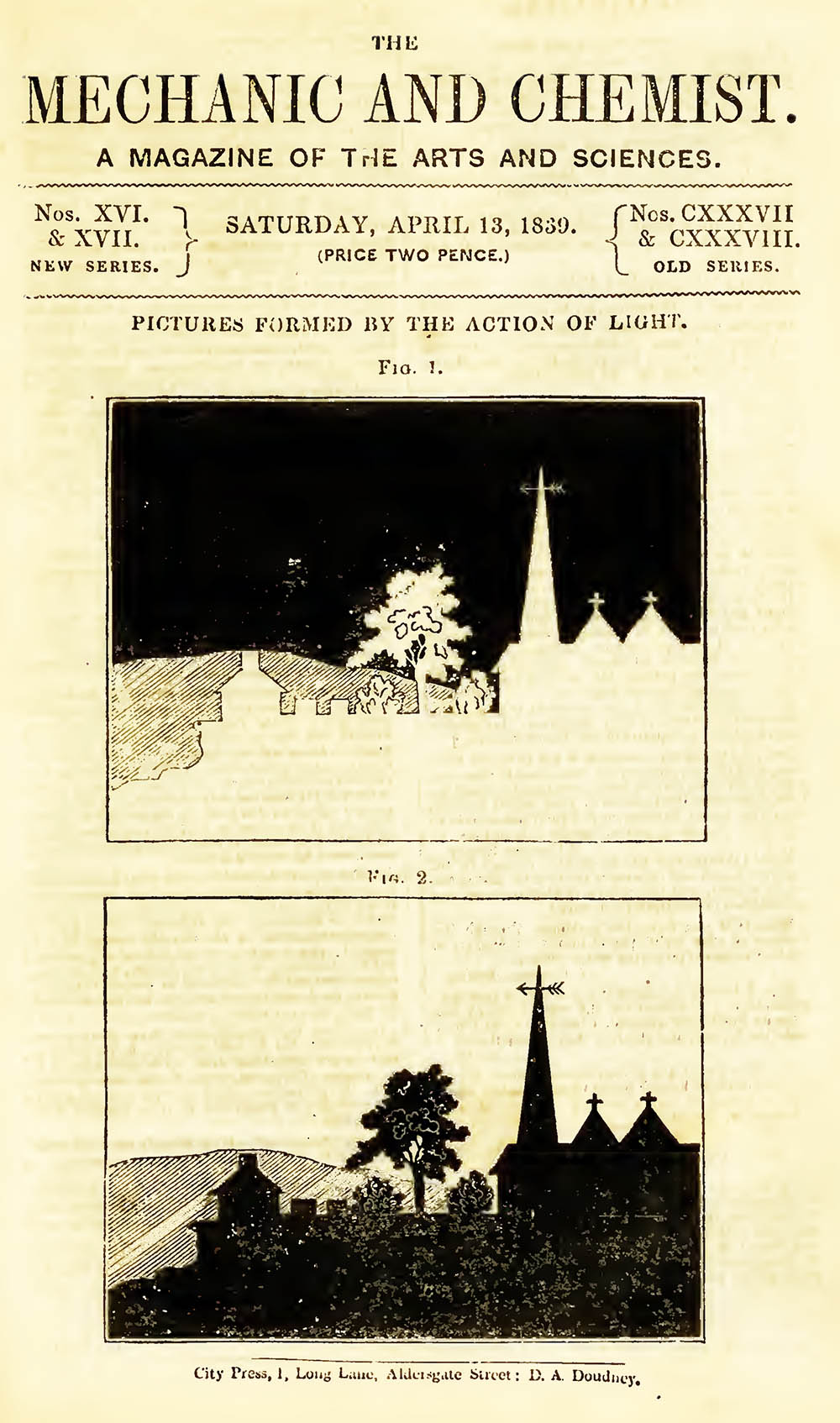 The Mechanic and Chemist was one of the better-established of the pioneering illustrated journals, already entering its fourth year of publication.  It was started by George Berger, a publisher and bookseller based in the Strand, who launched a wide range of such publications.  Most of these collapsed by the mid-1840s, but were in their heyday in 1839. Wood engravings were the most practical way for these publications to include pictures.  Far less expensive and much faster for ‘woodcutters’ or ‘woodpeckers’ to produce than steel or copper engravings, unlike lithographs they were intaglio and could be printed alongside the type in a conventional letterpress.  The journal had already published accounts of Daguerre’s and Talbot’s inventions, with a strong bias towards Daguerre, and on 13 April 1839 it attempted to express these inventions in visual form.  The photographer here, ‘Q.E.D’, said that the silhouette negative had been “taken with the sun behind, forming a strong contrast of light and shade: the preparation not being sensible enough to show the intermediate shades directly.”  Apparently overlooking the fact that Talbot had published the idea of making a print from the negative right from the start, Q.E.D. thought he had invented “a method of transforming such pictures into true representations of nature.” 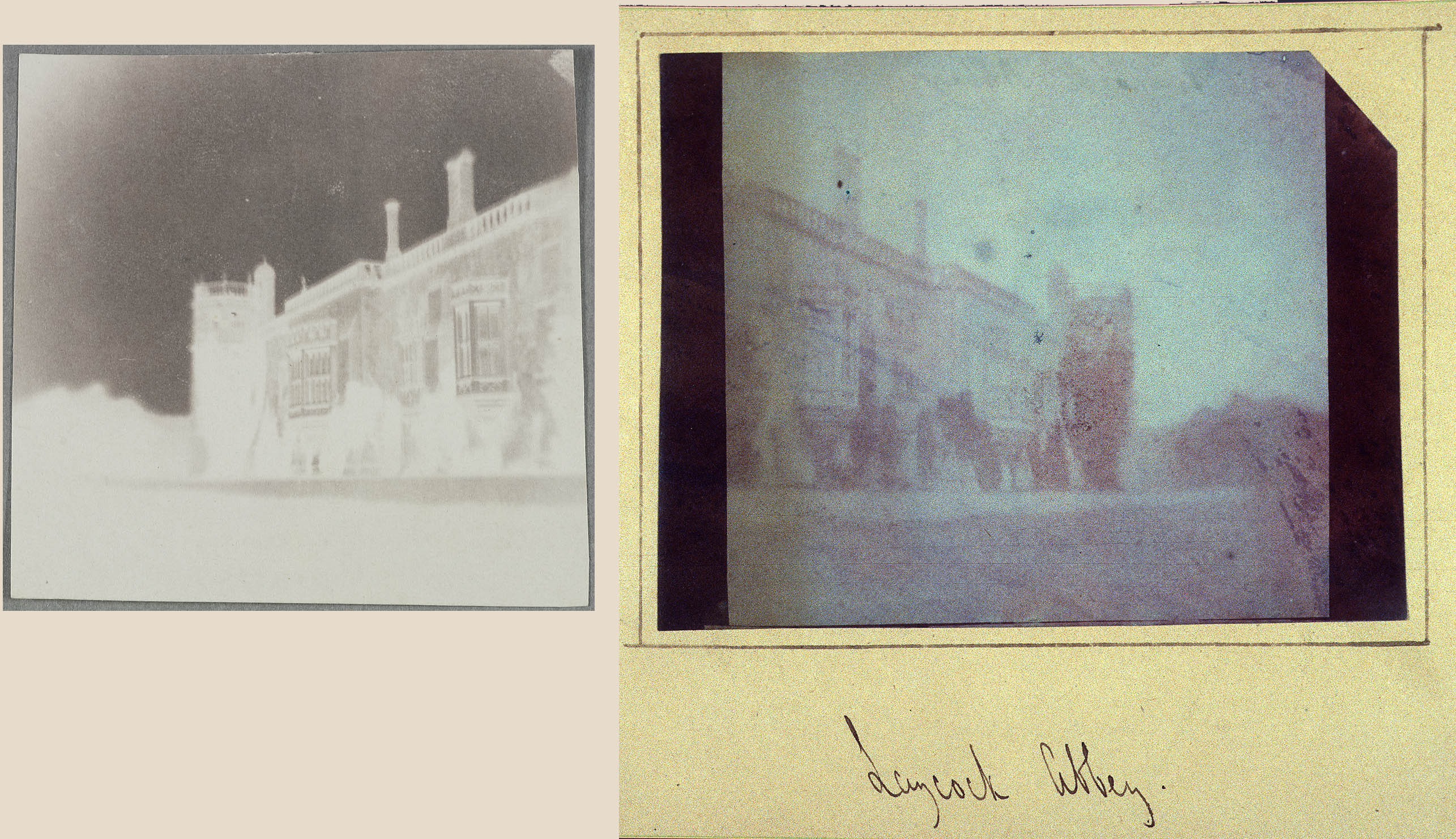 True representations of nature!  Unfortunately, Q.E.D. (Latin ‘quod erat demonstrandum’, meaning that he was quite satisfied by his own proof, thank you)  seems to have had little respect for Talbot.  In presenting his photograph, Q.E.D. asserted that Talbot’s process on paper was “only a modification of the early productions of M. Daguerre” and that his ‘invention’ of printing would be only “one of temporary interest: when M. Daguerre’s marvelous discoveries are revealed, all other attempts will soon be disregarded and forgotten.”  Thankfully he was very wrong. 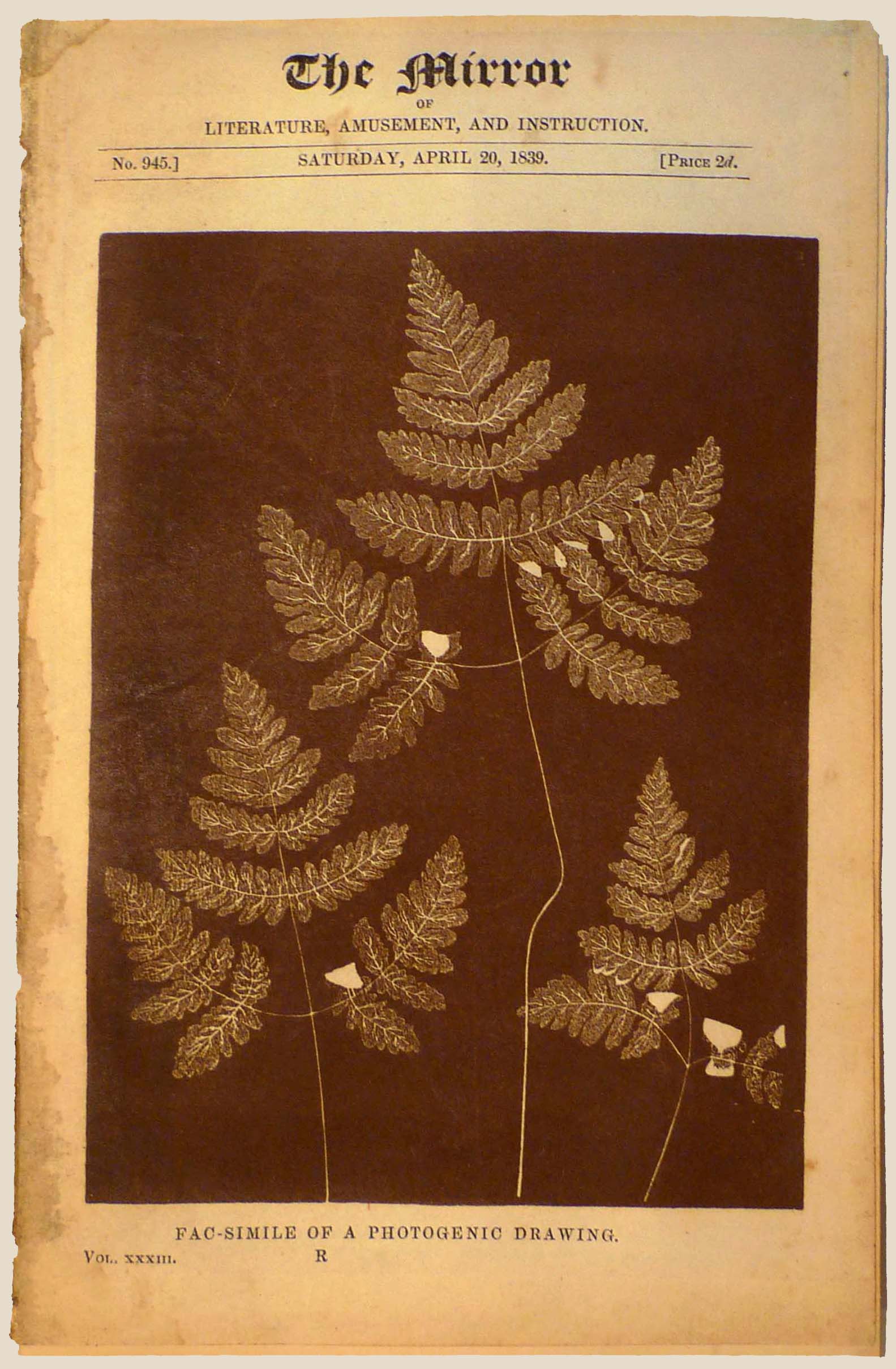 My personal favourite early woodcut representation of a photogenic drawing is this one, published a week later and coming much closer to mimicing the nature of one of Talbot’s originals. The Mirror of Literature, Amusement, and Instruction had taken the exceptional step of printing the wood block in a brown ink similar to the tone of photogenic drawings; this would have required a second printing of that sheet in black in for the type and represented a willingness to go to extra expense for the sake of accuracy. (Before colour printing became ubiquitous, I wish that publishers in the 1960s-1980s had recognized the value of this approach more often).  The Mirror was one of the older illustrated journals, having started in 1822, and not everyone favored its antiquarian editor, John Timbs.  He explained that “our prefixed engraving is a fac-simile of a photogenic drawing, for which we are indebted to the kindness of Dr. Golding Bird, a distinguished botanist, who has published the following very interesting paper on the application of the photographic art to botanical purposes, in that excellent periodical, the Magazine of Natural History.”  Dr. Bird (1814-1854) had been an outstanding chemist ever since a child. By 1836 he held the chair of Natural Philosophy at Guy’s Hospital in London.  The next time your physician applies his stethoscope to your chest you will be benefitting from one of Bird’s many inventions. Bird wrote about the effects of light before 1839 and once photography was announced he devoted considerable attention to it in his publications.  He at first tried Daguerre’s little-known process on paper, but preferred Talbot’s process, although noting that he wished that Talbot had published even more detailed instructions. Sadly, he died early and none of his own photographs are known to have survived.  He must have been quite the collector as well, for the 1856 auction of his effects specifically cited photographs “by artists of the first eminence,” such as Hugh Owen and Roger Fenton. 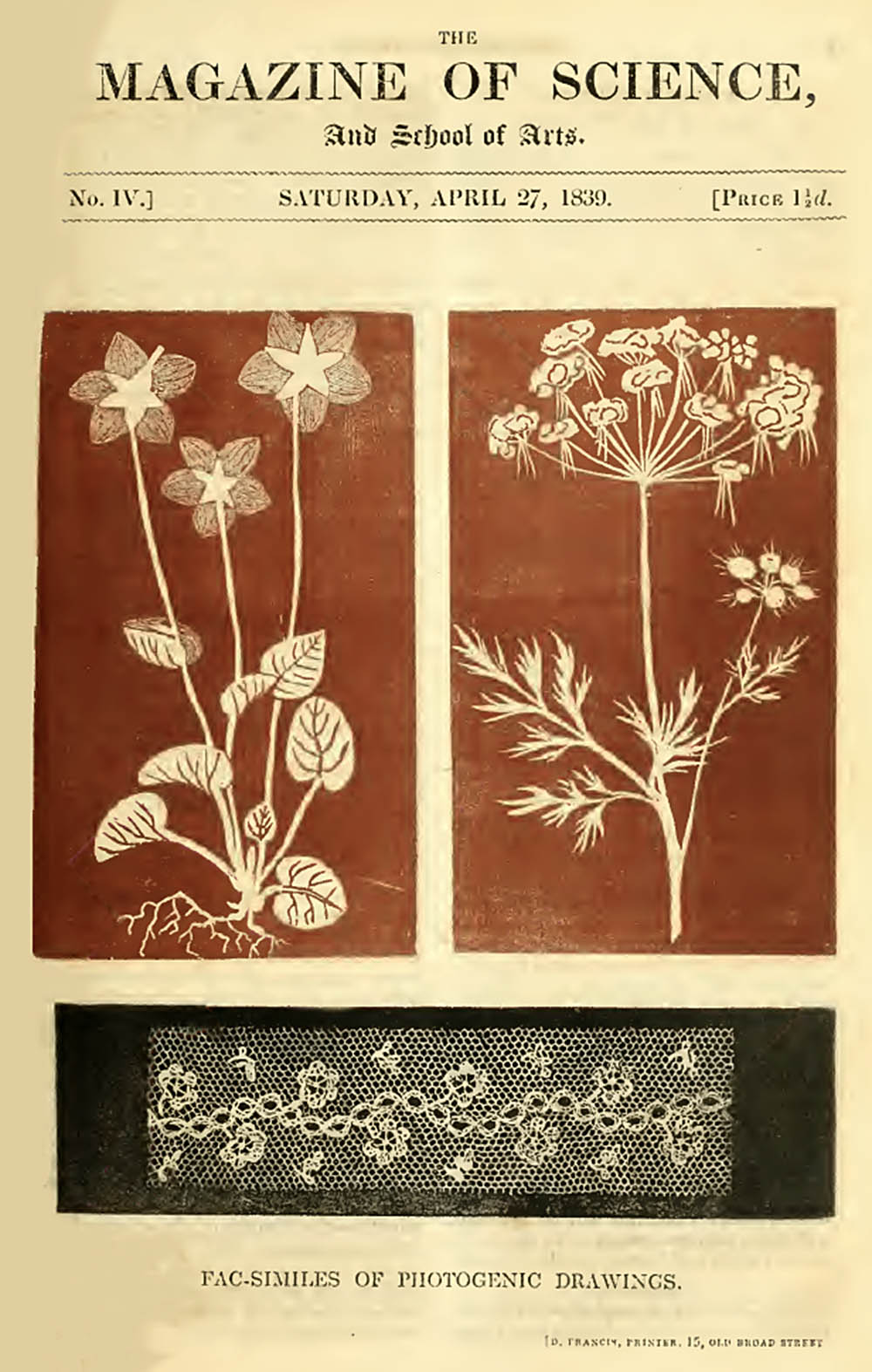 A very new journal, The Magazine of Science featured the work of a botanist contemporary with Talbot, George William Francis (1800-1865).  In 1843 he emigrated to Australia, forming the first Botanic Garden there, in Adelaide.  Francis explained that he had photographically sensitized boxwood blocks and made the above photographic impressions directly on them.  These were then sent to the wood engraver.  The editor felt that the lace was accurately represented but “in the flowers he has failed to express the delicacy and beauty of the drawings.” 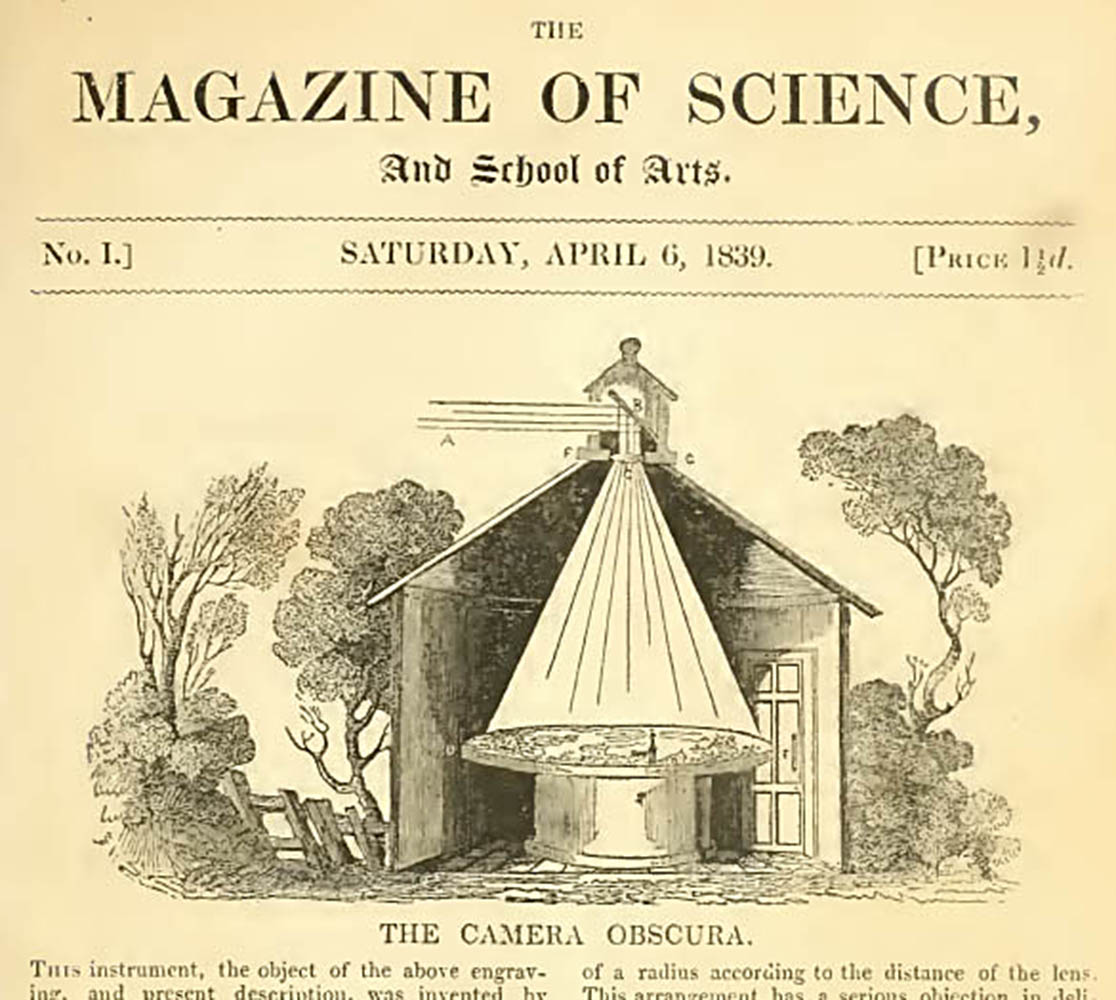 Unlike the other journals, The Magazine of Science had delayed publishing about the new invention “because we were desirous in this, as in all things else, to test and, if possible, improve upon the experiments suggested by Mr. Talbot, and since pursued with such ardour by all the philosophers and artists of this country, of France, and of Germany.  We now however proceed to give all the information in our power, having tried all the different receipts published.”   The front page of the first issue of his new magazine illustrated the camera obscura and it maintained a steady interest in optics and photography. 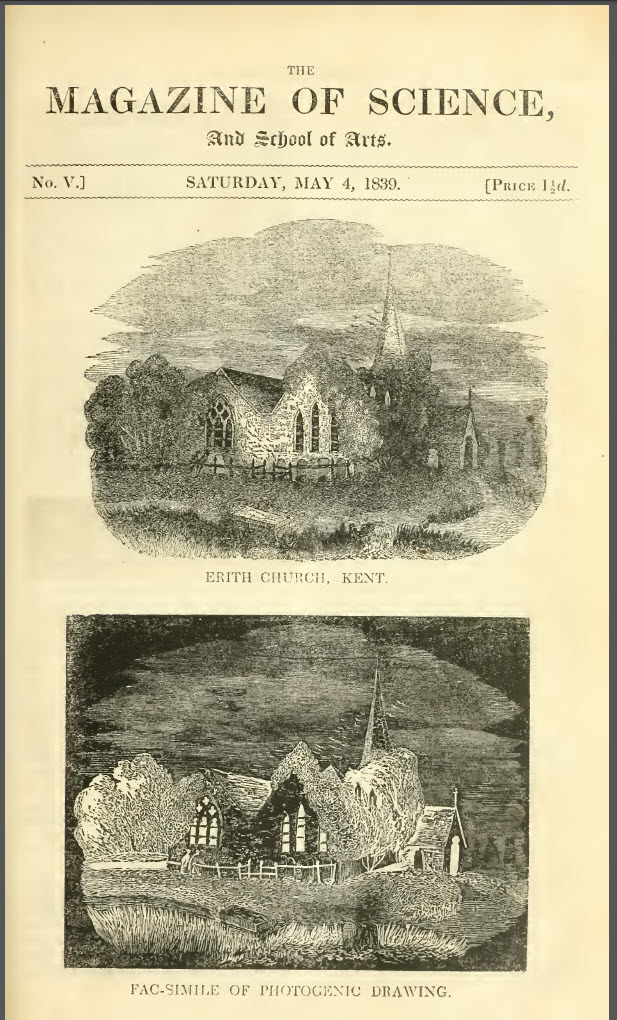 The following week The Magazine of Science published two more of Francis’s photogenic drawings, representations of a negative and the print from it.  The camera negative could not have been taken directly on the boxwood (amongst other restrictions), it would have been impossible to print from) so in this issue the engraver must have worked from paper photographs given by Francis. 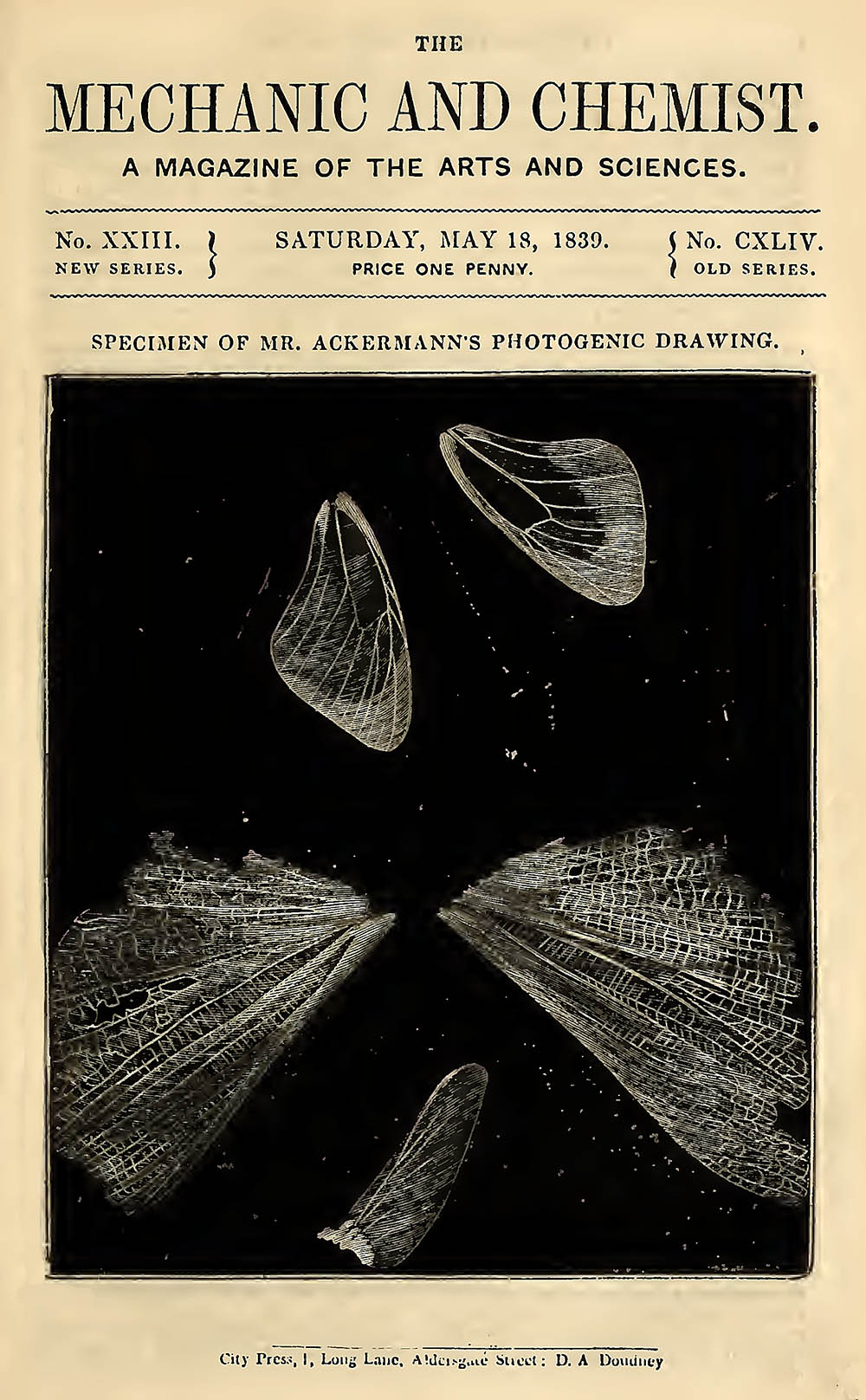 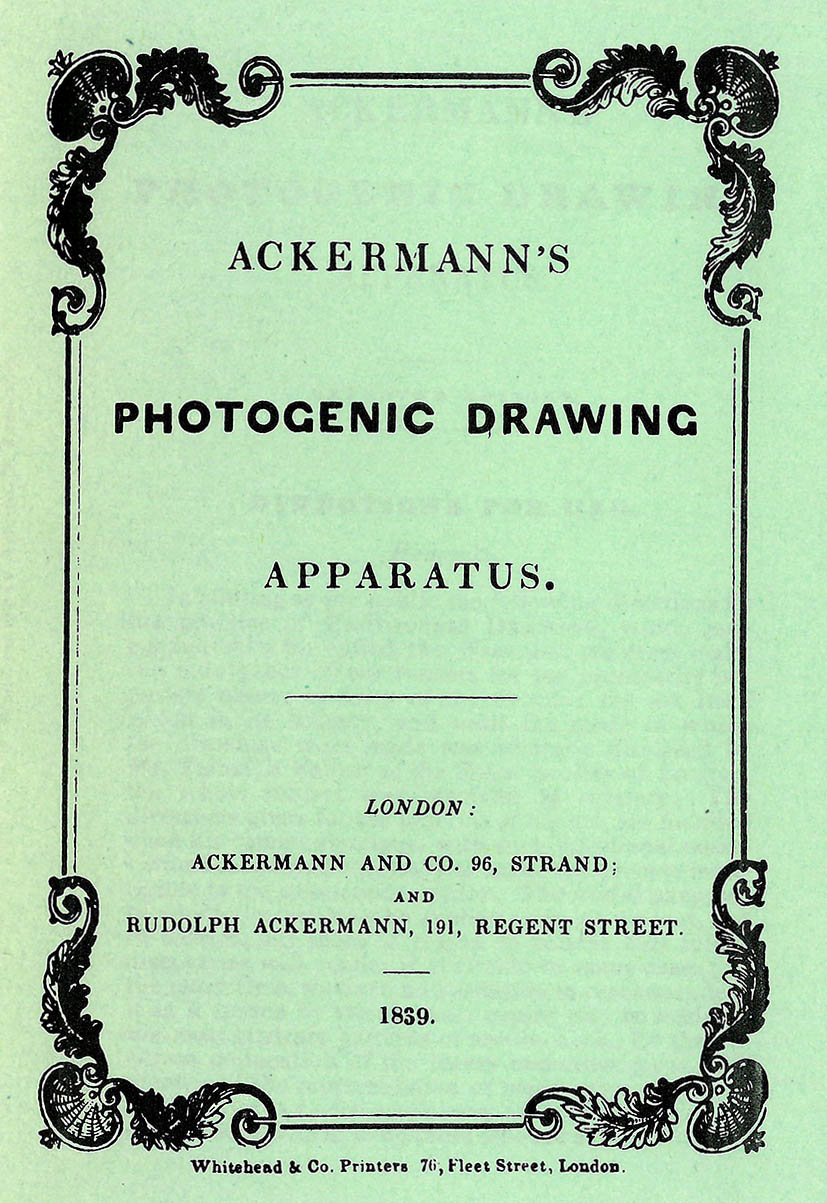 The Mechanic and Chemist returned to the subject a few weeks later, devoting their entire front page to a spectacular and sophisticated photogenic drawing.  In this case, one is tempted to believe that the publication was designed to benefit their commercial neighbor on the Strand, the supply house of Rudolf Ackermann.  They had started advertising a ‘photogenic drawing box,’  with Ackermann suggesting that the process might well be of use to botanists.  For entomologists, it promised a “method of collecting in a small compass, and preserving for future inspection and comparison, correct figures and outlines of the wings, legs, and other parts of insects, on trifling distinctions in which their specific, and frequently even their generic character depends.”  They acknowledged that “the process adopted by Mr. Ackermann, is that which was communicated by Mr. Talbot to the Royal Society” but still felt compelled to feel Daguerre’s process to be superior in detail.  However, they allowed as how photogenic drawing might be more practical:  “we are not prepared to say that it is not equally useful for purposes similar to those we have pointed out.” 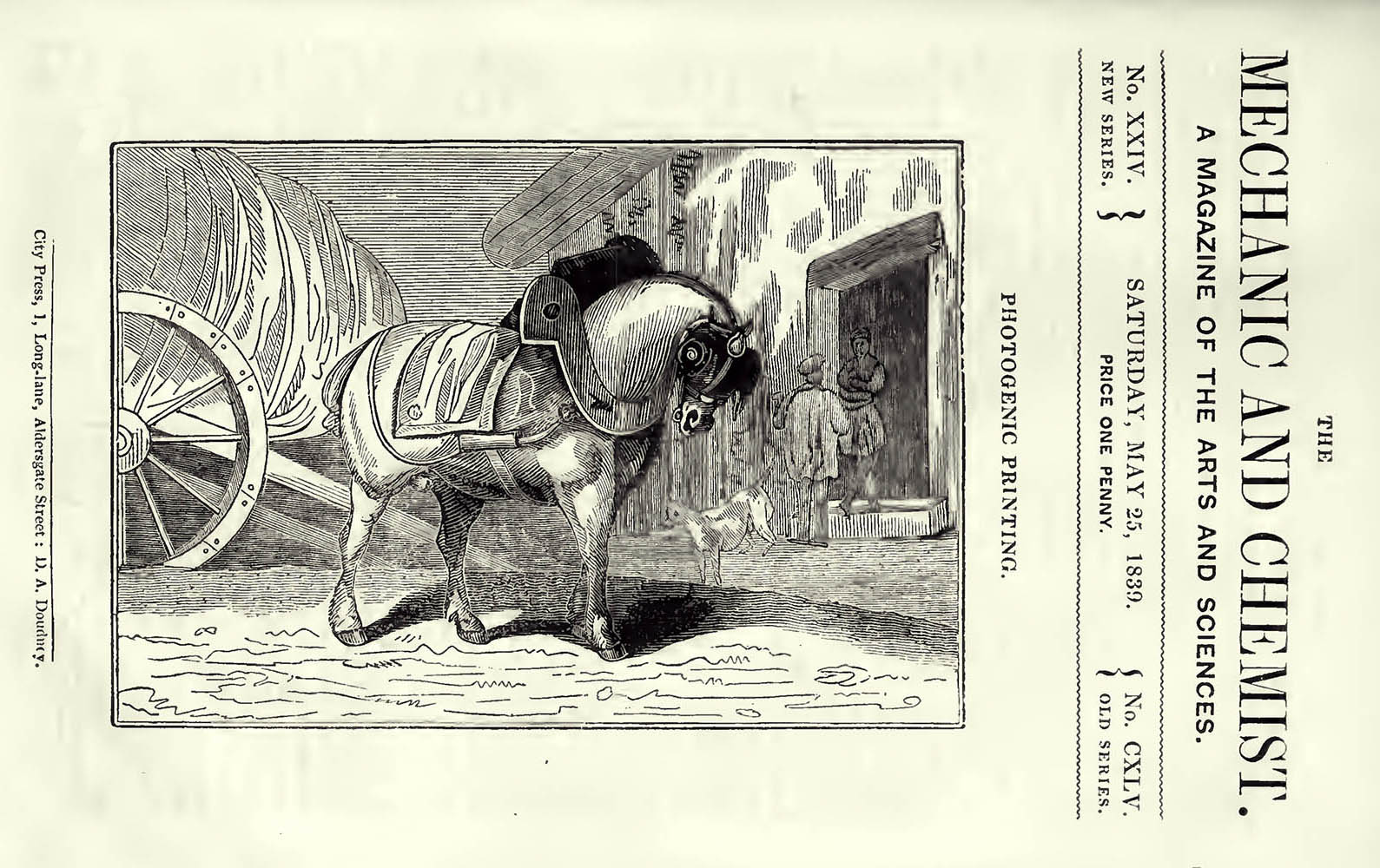 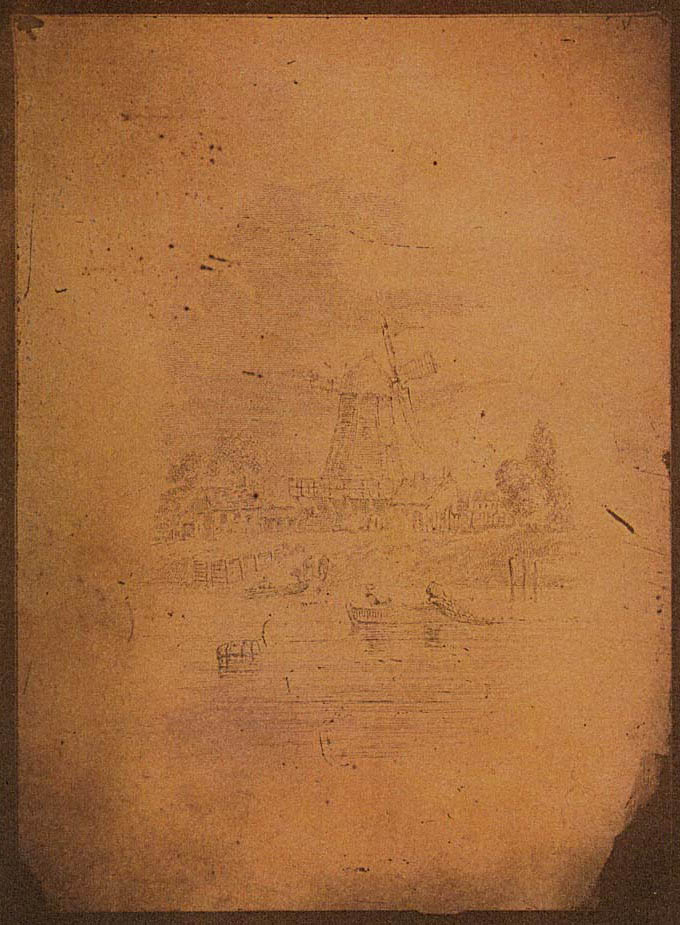 Rounding out this series of early representations, The Mechanic and Chemist next demonstrated that hybrid of photography and the artist’s hand, the cliché verre.  Ackermann once again was the artist.  He coated a sheet of glass with an opaque varnish and once dried scratched the design through to the clear glass with a needle.  If the varnish were semi-transparent middle tones could be achieved, supplemented by hand retouching of the evolving negative.

Talbot’s 1834 achievements in cliché verre was covered in an earlier blog.  He explained to a botanist friend in March 1839: “pray accept…the enclosed Photographic imitation of etching, an invention which I made in the autumn of 1834. The present specimen was however not made by myself, I cannot draw so well. Any body who can draw, may multiply their drawings in this manner, viz. by drawing them on varnished glass, & using photographic paper for the impressions…you who are a skilful draughtsman may very likely turn this branch of the art to good account.”

I strongly suspect that there must have been other early published examples of photogenic drawings being represented by way of wood engravings.  Surely some were done in countries other than Britain?  If any readers can point to other examples dating from the first few months of 1839 the humble author would very much enjoy learning about them.