Out of respect for your seasonal beach reading hopes, we return to the ‘Summer Pleasures’ format pioneered last year, where briefer little musings will generally contemplate a single image. Please feel free to suggest one of your favourite Talbot photographs for this series. 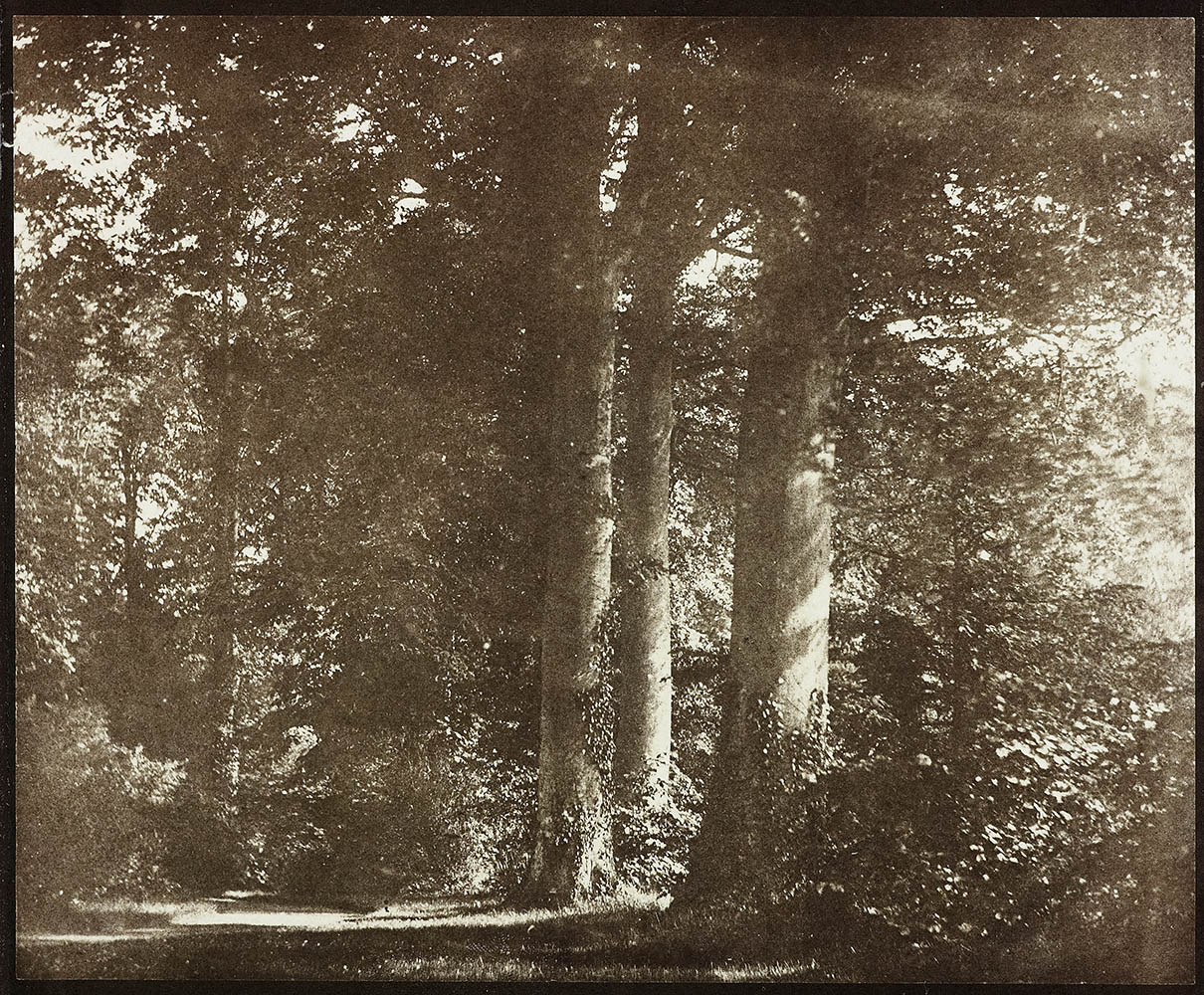 Alive with the sparkle of leaves and filled with a sense of light and space, this trio of beech trees represents the best of an English summer. In spite of the strength of their massive trunks, these kings of the forest are drawn towards the sunlight.  Motivated by his own botanical interests and encouraged by the reaction of his friends, Talbot took many photographs of trees.  Most of the time these were portraits of individual specimens, often using the atmospheric effects of winter to isolate them from their surroundings.  However, this image is really more about a place, a feeling, a scene.  It is easy to imagine ourselves walking through this wood, contemplating whatever is on our mind.

Talbot might have taken this photograph near Lacock Abbey, but I think it more likely represents a scene at Mount Edgcumbe in Southeast Cornwall, the marital home of his sister Caroline.  Talbot’s nephew later wrote about the beautiful and widely admired ‘Beech Wood’ above their house, a popular attraction for visitors until it was flattened in the great blizzard of 1891.

Did this photograph possess another layer of resonance for Talbot?  Robert Graves, the authority on the mystical meaning of trees revealed that ” ‘Beech’ is a common synonym for ‘literature’: “the English word ‘book’, for example, comes from a Gothic word meaning letters and, like the German buchstabe, is etymologically connected with the word ‘beech’ – the reason being that writing tablets were made of beech.”  Could this have been a metaphorical ‘Scene in a Library’ for Talbot?

The negative for this photograph is unwaxed and is simply annotated in pencil “170.”  None of the several known prints are dated, but it clearly was an important photograph to Talbot.  Nicolaas Henneman selected this as one of twenty-four plates for his 1847 Talbotypes or Sun Pictures, Taken from the Actual Objects Which They Represent, under the title of “Scene in a Wood.” 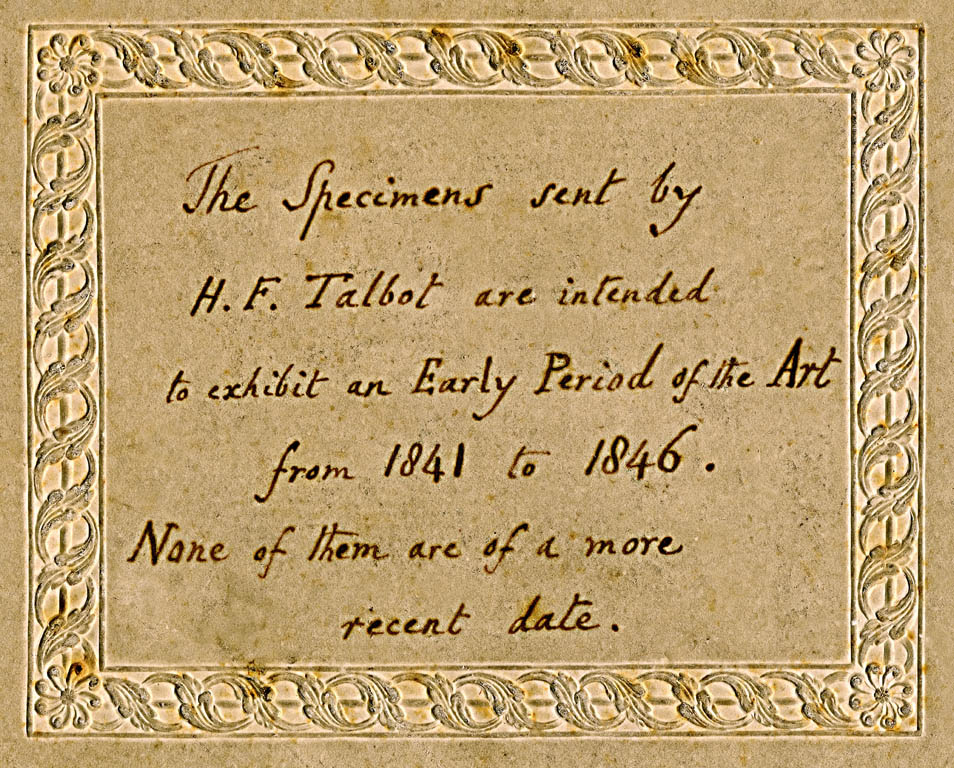 The title comes up again in the singular album that Talbot displayed in the 1852 Royal Society of Arts exhibition.  This was the first major exhibition of photography in Britain and Talbot submitted what he considered to be the best of his accomplishments from ‘an Early Period of the Art’.