In many parts of the US, students have already returned to the classroom – those in Europe will not be too far behind.  This seems like an appropriate time to commence slipping a little bit of academic life back into these posts.
Giacomo Barozzi da Vignola established the vogue for the Five Orders of Architecture in his 1562 Regola delli cinque ordini d’architettura.  His ranking of the Tuscan, Doric, Ionic, Corinthian and Composite styles was widely republished in English manuals and was the direct influence for Oxford’s Schools, the lecture and examination rooms now usually known as the Gate for the Bodleian Library.  By forcing a vertical panorama here, Talbot captured four out of those five orders.

Thomas Holt of York built the ‘Schools Tower’ in a Jacobean style, incorporating the stylish Five Orders. King James was hastily inserted into the design when he gave his splendid books to the University of Oxford (Cambridge also received them, but reportedly rather unenthusiastically). Originally lecture rooms for the various faculties, the Schools came to be used primarily for University examinations.  In the early 19th century it was observed that “The Schools form a magnificent Quadrangle…divided by a gateway, and lofty tower, somewhat fantastically ornamented with a display of the five orders.”  It wasn’t’ until the 1880s that the Bodleian Library expanded into them when the “New Schools” were built in the High Street. 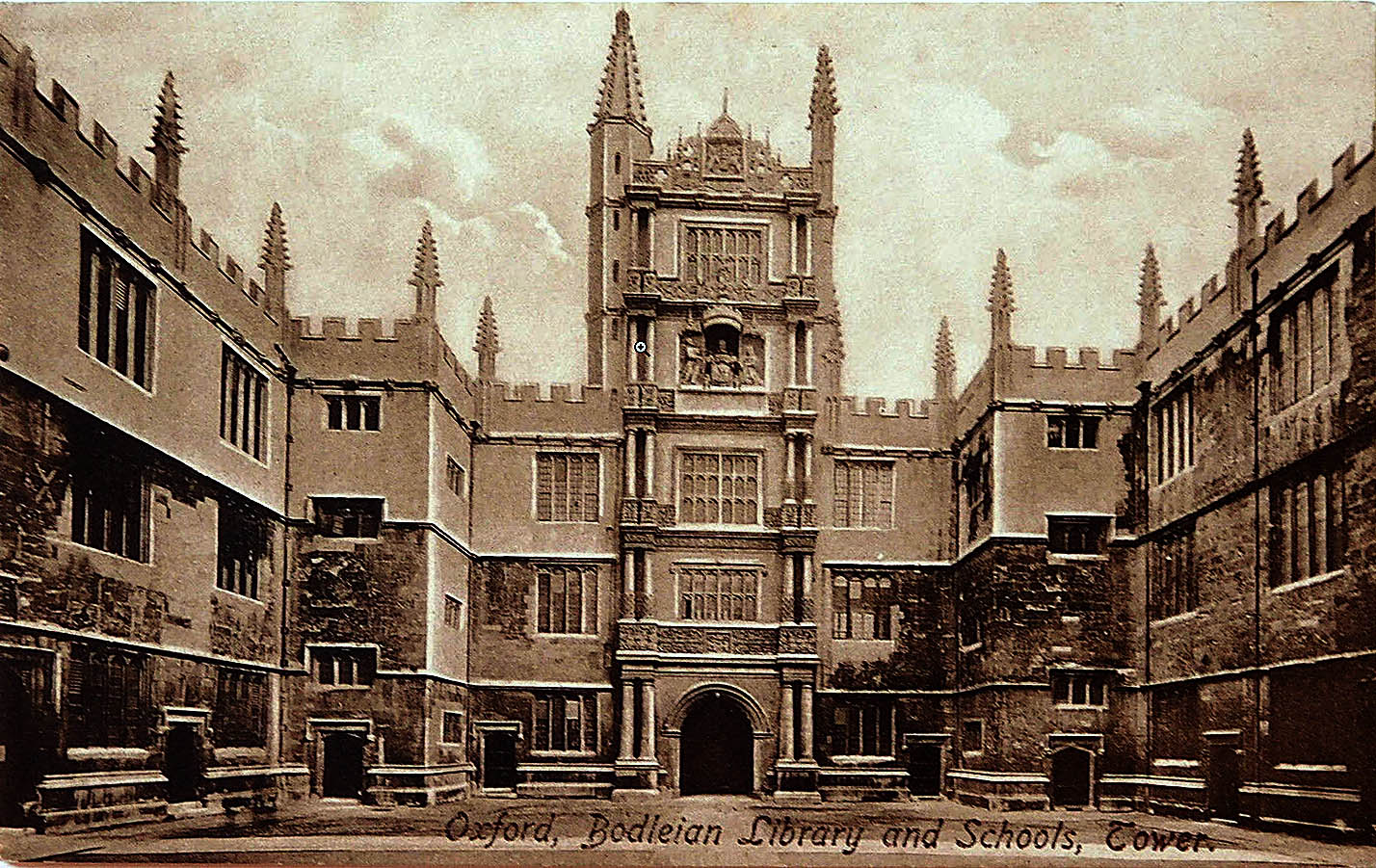 While the early 20th century photographer had the advantage of much wider angle lenses and the freedom to retouch heavily, Talbot had to work within more constraints.  Still, I think that the broad rendering of his calotype negative and salt prints was much more sympathetic to the coarse texture and weathering of the Headington freestone.  Retouching was anathema to Talbot, keeping his images all that much closer to human perception.  Boxed within the confines of the quadrangle, Talbot was presented with a formidable photographic challenge. In addition to this pair of negatives, he took one other small one (which captured only three of the orders) and two larger ones.  One attempt, quite logically, was done with the camera in the courtyard, facing up steeply; it has too much vertical convergence to be satisfying.  On first seeing photogenic drawings, his Uncle William exclaimed that “I wish you could contrive to mend Nature’s perspective – we draw objects standing up & she draws them lying down which requires a correction of the eye or mind in looking at the drawing.”

Not being satisfied with oblique views like these, Talbot took the panoramic pair from the roof above the Upper Reading Room, to the right of Duke Humphrey’s Library. The crane on the roof hints not only at the dating of these images but also speaks to Talbot’s opportunity to get up there.  Written records are sparse, but major stone repairs were undertaken starting around 1843 and continued until 1847.  The bills were highest in 1843 and 1844, implying that more work was being done, and this period coincides with when Talbot was most actively photographing in Oxford. With workmen on the roof anyway, it would have been more likely that Talbot could have found a way up to a better vantage point.

Like so many of Talbot’s views of Oxford, today we think we can examine the same buildings that he saw.  However, over the years the stone facing of the Schools has been changed several times.  An ill-advised attempt was made to patch the surface of the stone with cement, Clipsham stone was substituted when the Headington quarry was depleted, and extensive work was carried out after WWII.  Talbot’s images are important documents of what used to be.

Today, few readers or visitors exiting the Library go through the Five Orders Gate to Catte Street, being more likely to respond to the siren call of the now-fabulous Weston Library and the adjacent seductive contents of Blackwell’s bookshop. 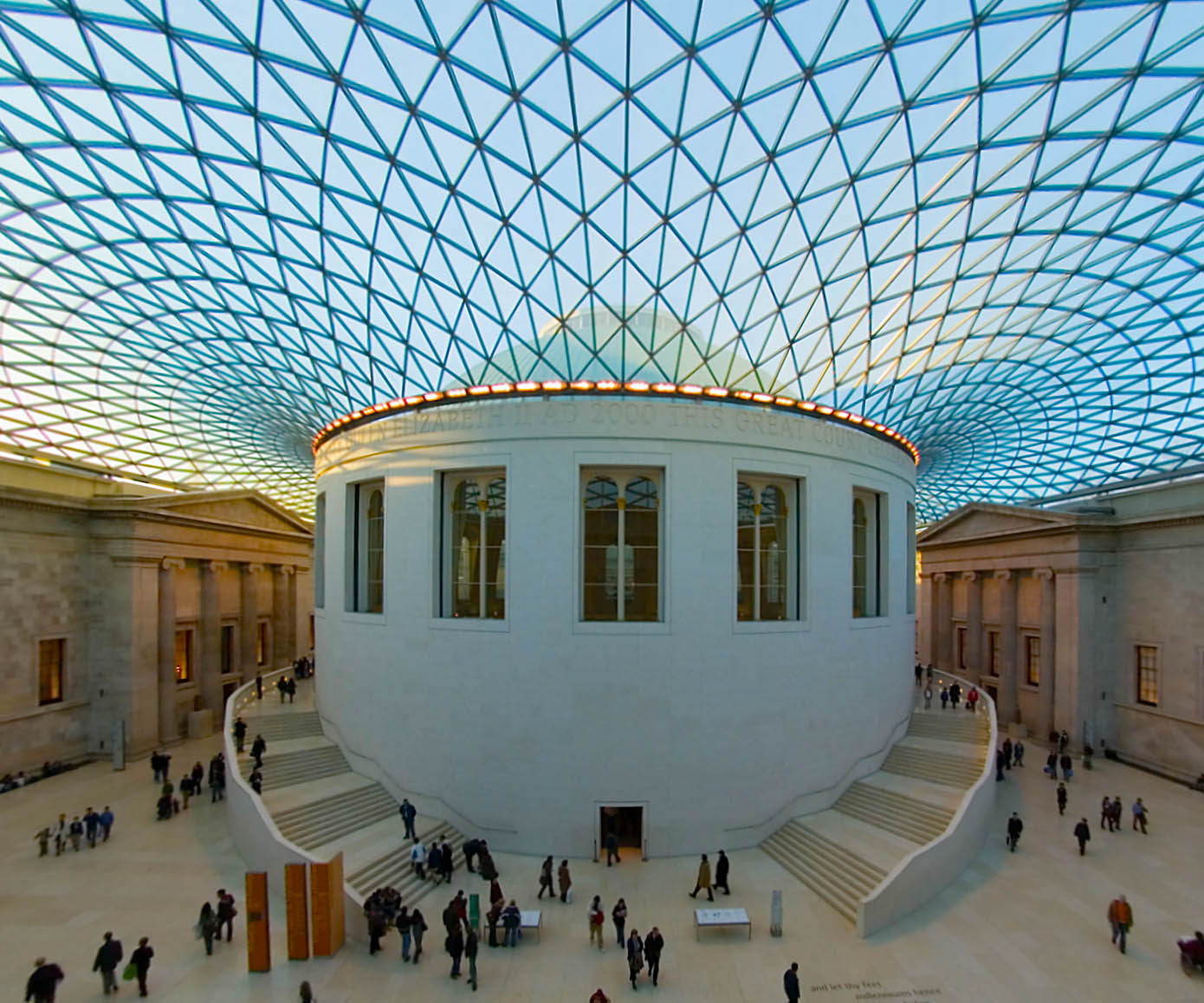 Two decades ago Foster and Partners shocked the long-time patrons of the round reading room of the British Library with their inversion of the interior and exterior, with their dramatic roof transforming miles of bookstacks into the Great Court of the British Museum. That change remains stunning, delightful to many, perhaps more shocking to others. It might come as a surprise that the exact opposite of this almost happened to the Tower of Five Orders. By 1889. Bodley’s Librarian had exhausted all the storage possibilities in outbuildings within a three-quarter mile radius of Duke Humphrey’s Library. Traditionalists lamented “do they propose to roof in the great quadrangle, and make the five orders of architecture a dust-covered relic behind a book case?”  In place of this idea, the basement of the Sheldonian Theatre and other odd spaces were teased out of their original use, allowing King James to continue presiding over the open courtyard of the Bodleian Library.