It was a year ago this week that I had a chance to visit the University of Tartu in Estonia.  During my too-brief visit I was ably assisted by their energetic librarian, Mr Sulo Lembinen. Sadly I did not have the opportunity to meet Professor Tullio Ilomets, but it was through his 1969 journal article that I had first learned of the collection of Talbot originals that had been donated by his granddaughter, Miss Matilda Talbot.  I outlined her involvement with Estonia in a posting shortly after my pilgrimage to Tartu.

The gods must have noted the date of my visit, for earlier this week the postman brought a very welcome package, Professor Ilomets’s freshly published book:  The Collection of Photographs and Photogravures by William Henry Fox Talbot in the University of Tartu Library. 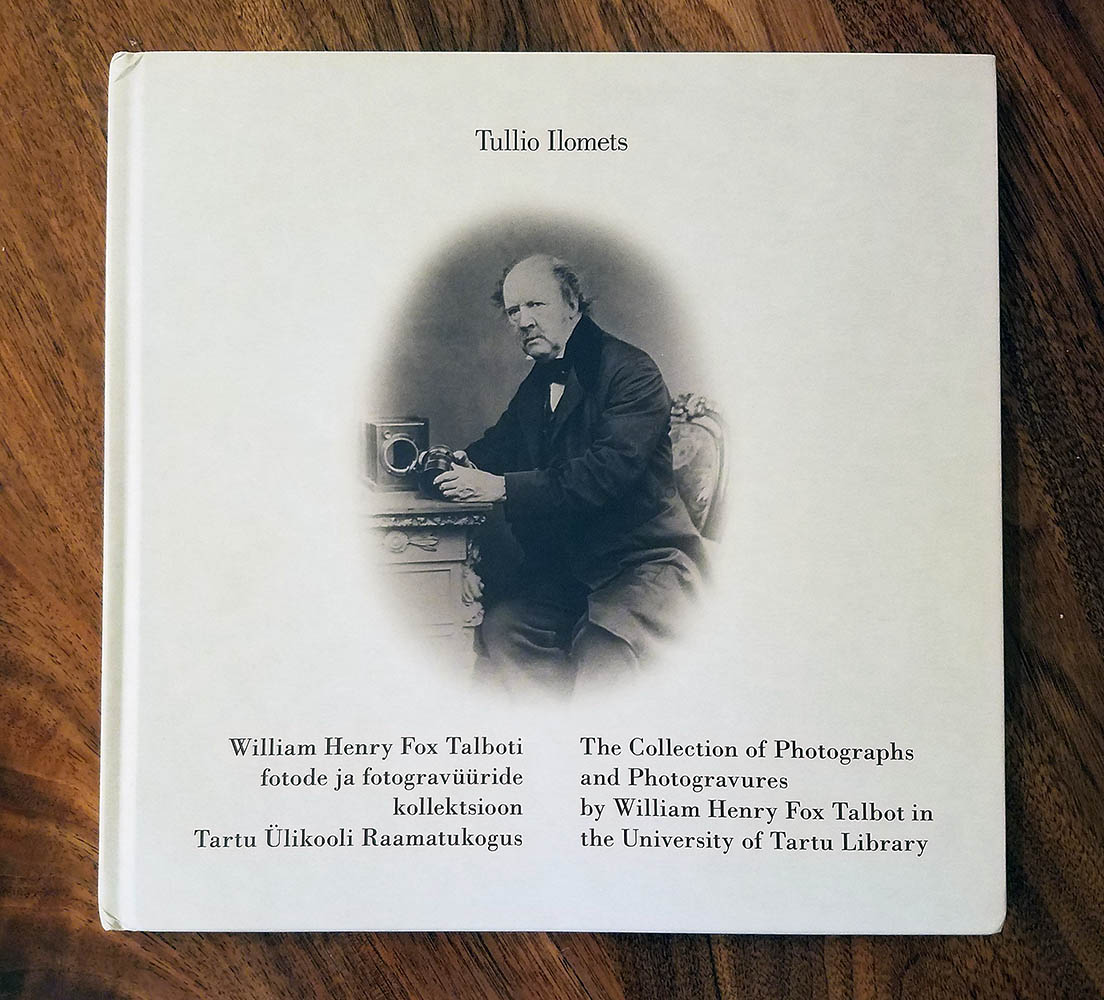 This volume has very good illustrations of their entire collection, generously laid out and reproduced in their original size, both practices to be lauded. 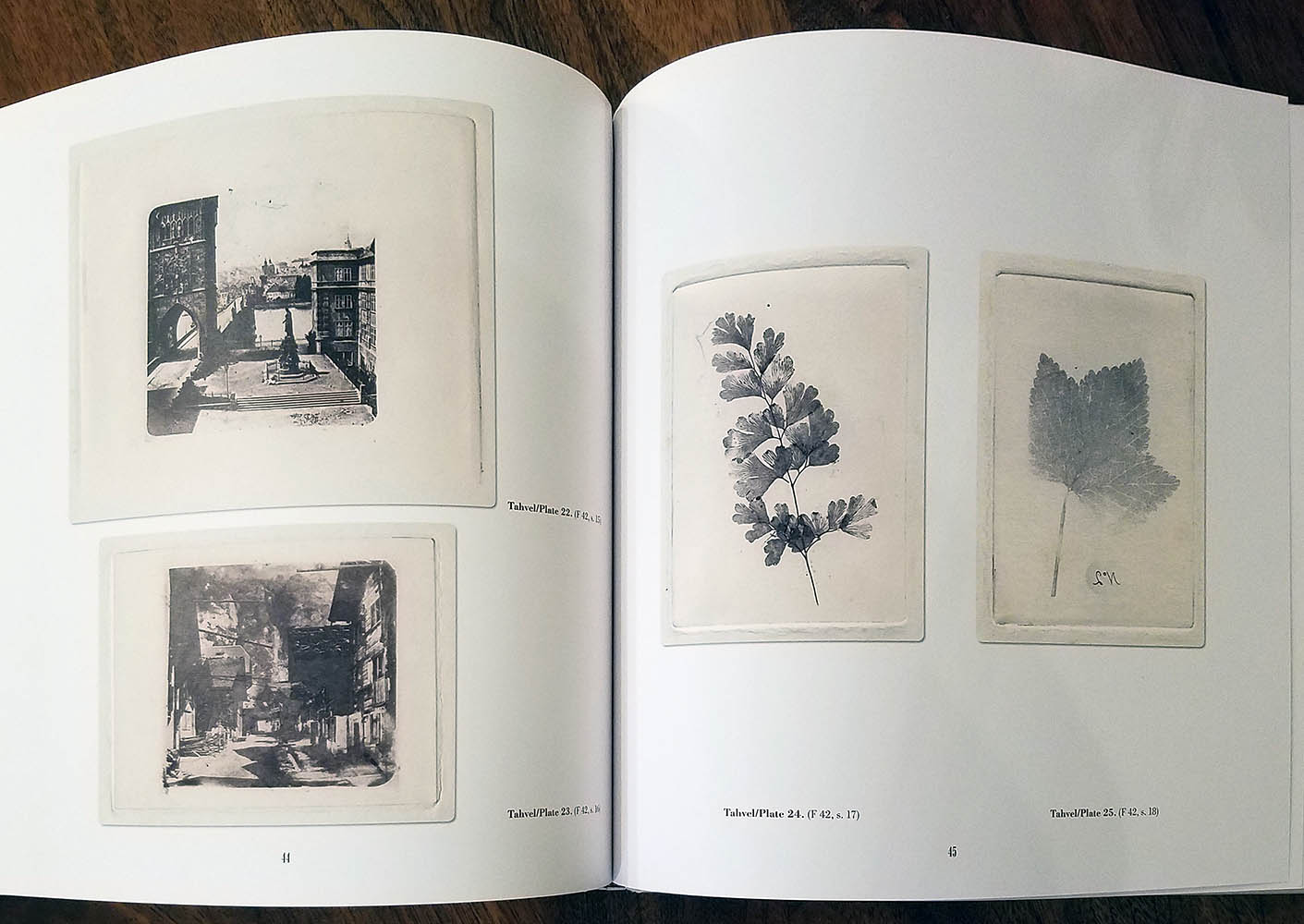 I especially like the equal attention given to Talbot’s photographic and photoglyphic engravings.  The original photographs were balanced by an equal number of these in Miss Talbot’s donation.  In addition to her own appreciation of their significance, she had been advised in the donation by the Science Museum’s curator, Alexander Barclay, who had a great interest in print production. 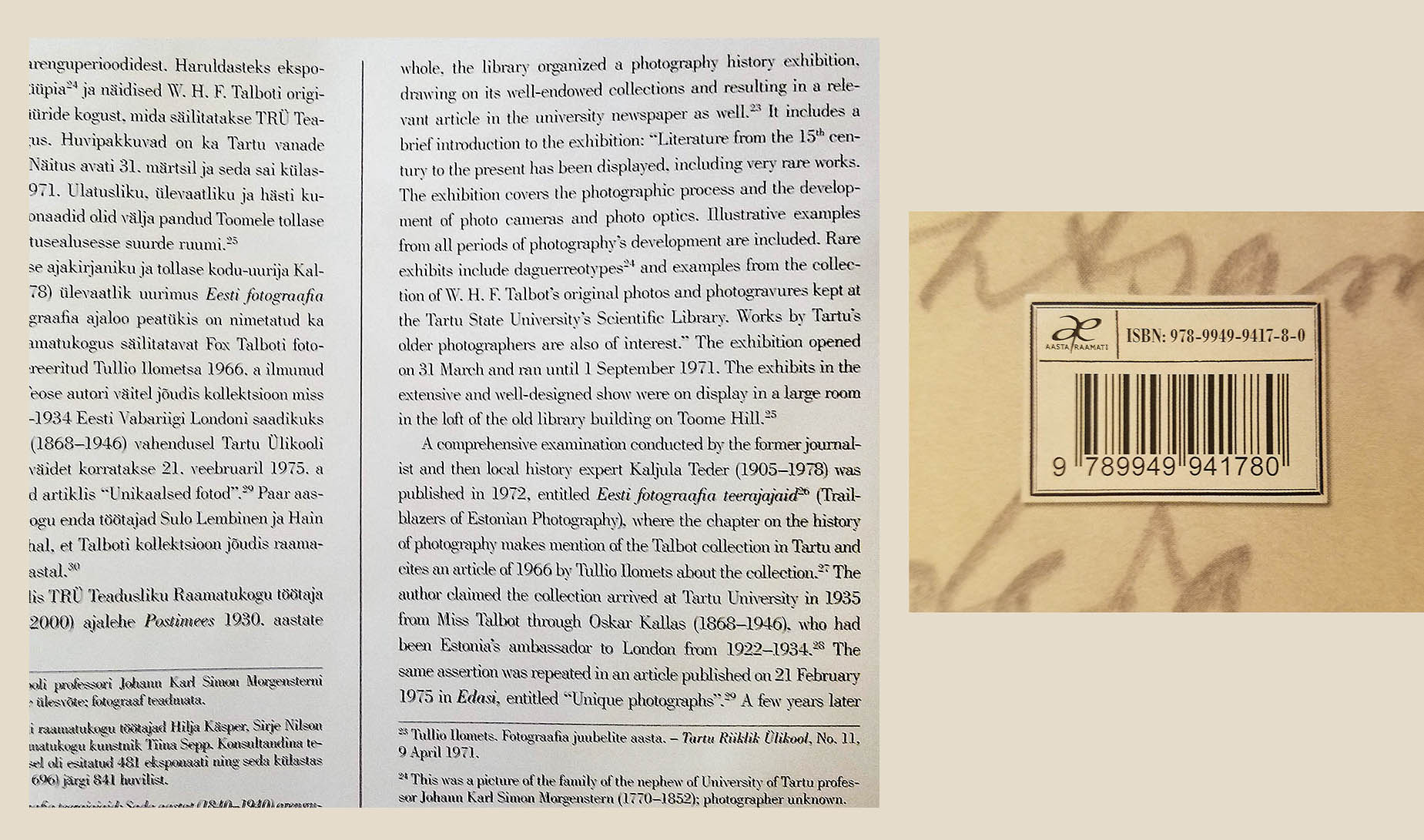 The text is side by side in Estonian and English and is amply footnoted.  It is laudable that Professor Ilomets has continued his investigations of the origins and history of this collection for many years.  With the tragic confusion of WWII and subsequent Soviet occupation, it is a miracle that he has been able to retrieve as much of the story as he has.  It  sets a benchmark for other Talbot collections to follow.  In this book, the endpapers and indeed the whole production reflect a labour of love.  Each copy is numbered and signed by the author and his children are credited as being behind the publication – I hope that the Professor Emeritus does not mind me pointing out that he has accomplished this at the age of 95.

In celebration of the publication of this book, it only seems right to have a look at another one of the prints in this important collection. 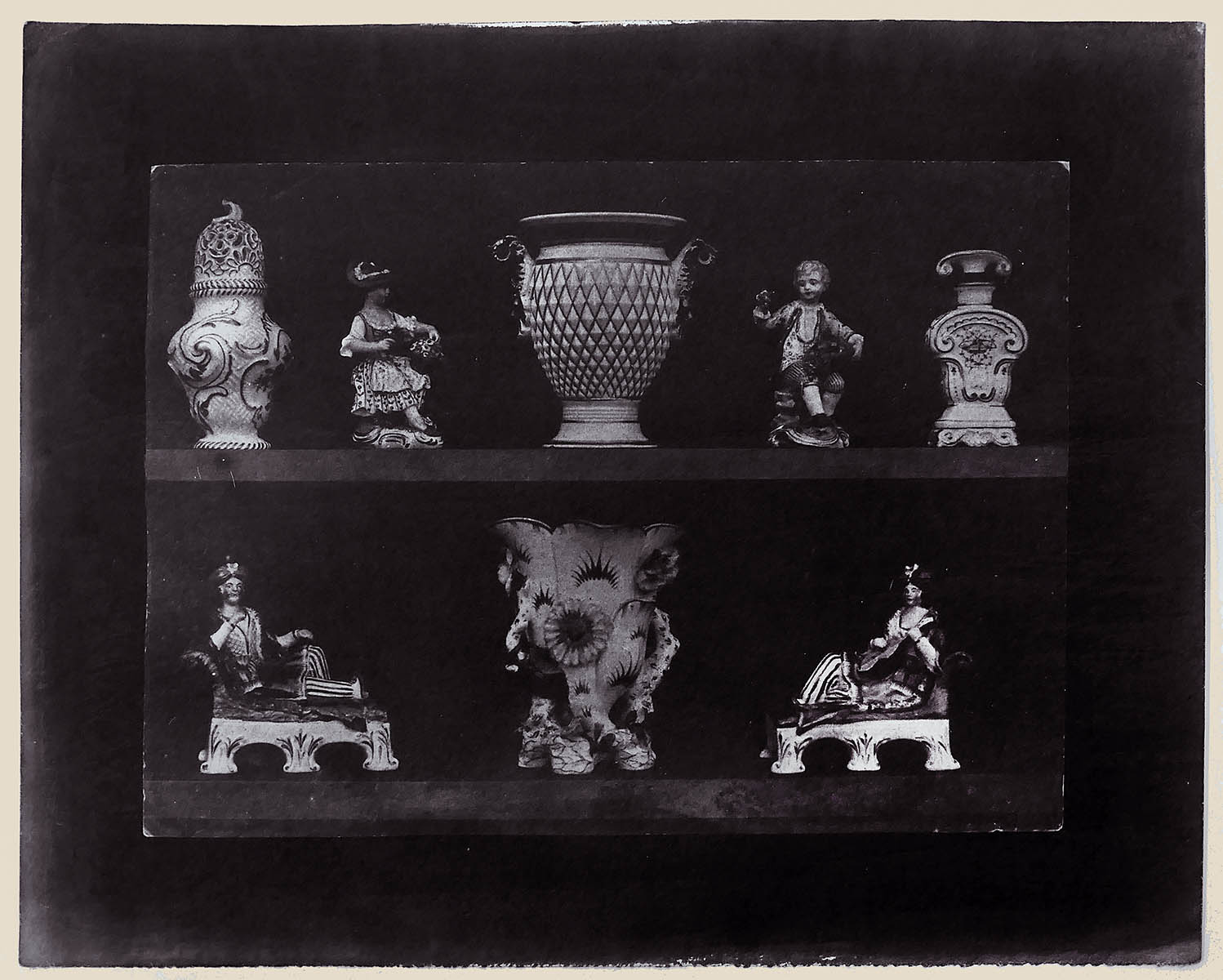 Many of our readers will have seen the ‘Articles of China’ in The Pencil of Nature.  Talbot observed there that “From the specimen here given it is sufficiently manifest, that the whole cabinet of a…collector…might be depicted on paper in little more time than it would take him to make a written inventory…and would a thief afterwards purloin the treasures—if the mute testimony of the picture were to be produced against him in court—it would certainly be evidence of a novel kind….  The articles represented on this plate are numerous:  but, however numerous the objects—however complicated the arrangement—the Camera depicts them all at once.”

Talbot returned to this theme again and again, often using his ‘peripatetic shelves.’ In most cases we have no way of reliably dating these but I think it is safe to assume that his production of this sort of image peaked during the years 1842-1844.  The negative for this was waxed for printing, bringing additional sharpness and brightness to the glazed surfaces.  Some examples of this image are printed on paper watermarked J Whatman Turkey Mill Paper 1839 – his stocks of that vintage would have dwindled over the years, implying that this image was printed not too long after the discovery of the calotype in September 1840, but another example is printed on 1845 watermarked paper, implying that the image stayed in favour for some time, perhaps being sold by Nicolaas Henneman.

Tartu’s example is a fine one, untrimmed and pretty uniform in tone.  One can see why Professor Ilomets was intrigued by it and its companions years ago.

• Questions or Comments? Please contact Prof Schaaf directly at larry.schaaf@bodleian.ox.ac.uk    Dr Anthony Hamber and one of our Advisory Board members, Sandra Maria Petrillo, were instrumental in making my trip to Estonia possible.  • Tullio Ilomets was a professor of organic chemistry and illustrated all their holdings in his “W.H.F. Talbot’s Original Examples of his Discoveries in Photography and Photo-engraving in the Scientific Library of Tartu State University,” Tartu Ülikooli toimetised, v. 248, 1969, pp. 153-163. •  WHFT, Articles of China on Two Shelves, salt print from a calotype negative, Special Collections, the University of Tartu, Estonia, F42.2.5; Schaaf 258.