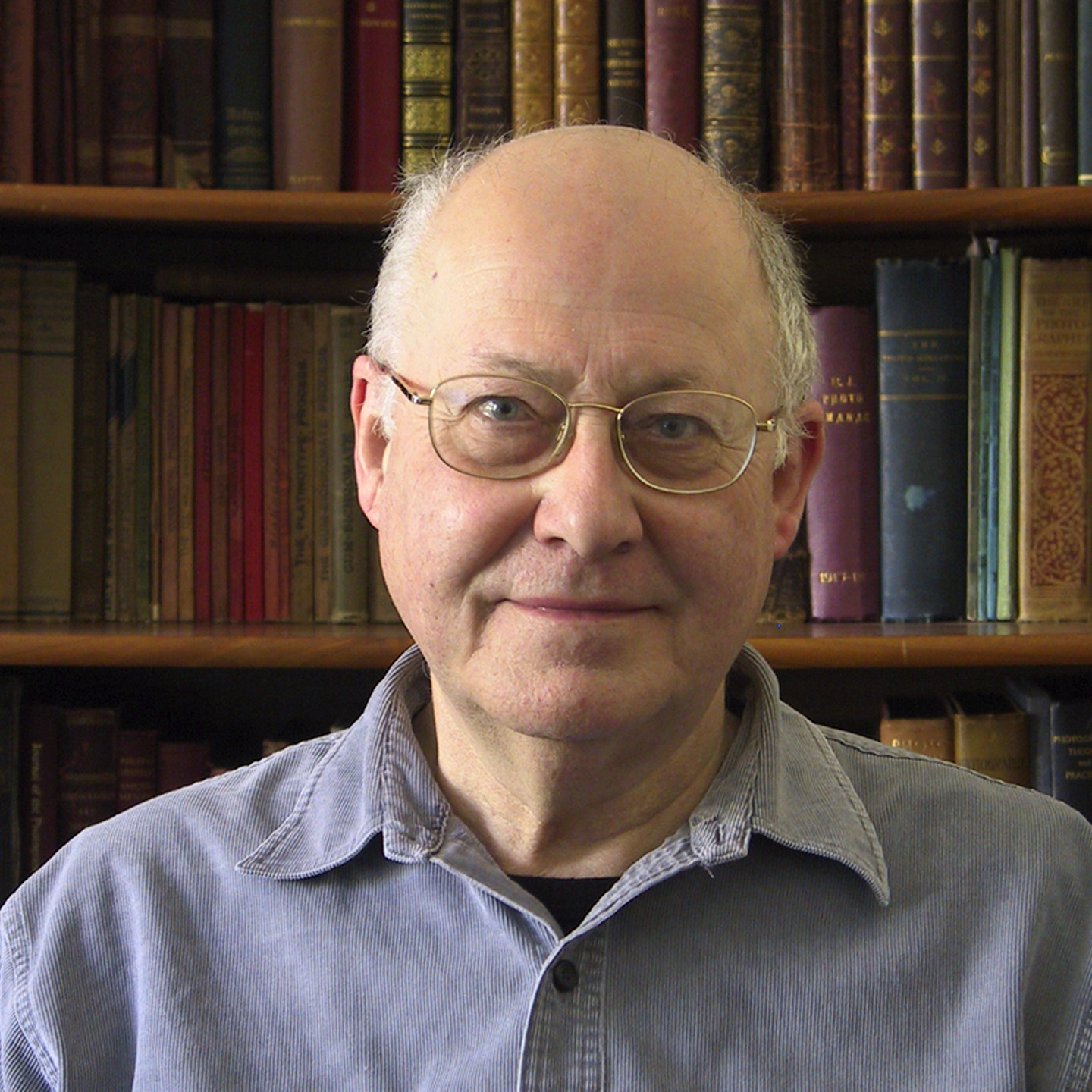 It brings me the greatest of personal pleasure to welcome one of our  Advisory Board members to his first guest posting.  Many of you will know Dr Mike already through his writings, which combine a deep understanding of chemistry, a close reading of historical sources, the observant eye of an excellent photographer, a precise use of language, and perhaps most importantly, all expressed through supremely clear prose that will not frighten the horses.  He can make exacting technical details fun and pleasing to read.  Dr Ware is a chemistry graduate of the University of Oxford, a Chartered Chemist and a Fellow of the Royal Society of Chemistry. Upon retirement from the University of Manchester in 1992, he embarked on a personal quest to study the science, history, art and conservation of early and ‘alternative’ photographic processes. His publications include the very readable Mechanisms of Image Deterioration in Early Photographs: the sensitivity to light of W.H.F. Talbot’s halide-fixed images 1834-1844; Cyanotype: the History, Science and Art of photographic printing in Prussian Blue; Gold in Photography; and The Chrysotype Manual. Get to know him through his active and informative website,  Mike Ware: Alternative Photography.

On 21 February 1839, under the title of “An Account of the Processes employed in Photogenic Drawing,” Henry Talbot revealed to the Royal Society how he had made the photogenic drawings displayed at the Royal Institution on 25 January and had referred to in his previous paper of 31 January. The importance of these papers to image fixation was explained by Professor Larry In this blog a year ago; so, in accepting his kind invitation to contribute a guest post, I’d like now to build on his account.

Talbot’s invention brought together two resources: the camera obscura and silver chloride. Both had long been known. The first use of a convex lens on a camera obscura can be attributed to Girolamo Cardano in 1550. (The ‘pinhole’ camera, invented much earlier, cannot deliver enough light to yield an image on any proto-photographic material.) The darkening in sunlight of luna cornua (a form of silver chloride occurring naturally as the mineral, chlorargyrite or ‘horn-silver’) was reported by alchemist Angelo Sala in 1614. Aware of these precedents, the historians of photography Helmut and Alison Gernsheim have remarked “- the circumstance that photography was not invented earlier remains the greatest mystery in its history.” For the purposes of this blog, I’ll re-interpret that as a direct challenge: if cameras and silver chloride were already well-known by 1834, just what did Henry Talbot contribute to the invention of photography? Simply inserting a paper coated with silver salts at the focus of a camera obscura doesn’t necessarily guarantee a photograph, as Thomas Wedgwood and Sir Humphry Davy discovered, ca. 1800, when they suffered the disappointment that “The images formed by means of a camera obscura have been found too faint to produce, in any moderate time, an effect upon the nitrate of silver.” If your chemist is worth their salt [Editor: groan], they will quickly work out that, to make the pure product most economically your silver nitrate will require just over one third (actually 34.4%) of its weight of salt. But next you’ll get a shocking disappointment: if you try to record a photograph on a paper prepared with these proportions, you will fail dismally! It’s true that exposure to light may turn the surface a lilac colour at first, but soon this ‘print-out’ action peters out, leaving behind only a feeble impression. You’ll not get a permanent, robust silver image in this way.This obstacle was overcome by Talbot in 1834, through a serendipitous observation that led him to the first of his key photographic discoveries: an effective silver sensitizer that prints out a vigorous image must contain a deficiency of salt or – viewing the other side of the coin – a large excess of silver nitrate. To make his Photogenic Drawing Paper, Talbot’s chosen proportion of salt to silver nitrate reads like chemical heresy: he soaks a sheet of fine writing paper (J. Whatman’s Turkey Mill, a gelatin-sized rag paper) in a solution of salt that he only describes as “weak” (but data from his Notebook ‘P’ imply 1%), dries it, then sensitizes one surface by brushing over a solution of silver nitrate said to be “not saturated, but six or eight times diluted with water”, which implies a strength around 20% (since saturated silver nitrate solution is around 150% w/v). So the silver nitrate encounters only about one twentieth of its weight of salt when it precipitates silver chloride within the surface fibres of the paper sheet. This is quite contrary to our chemist’s theoretical ratio of one third. But this recipe works, turning the paper a rich dark brown in a few minutes exposure to direct sunlight. By this process of Photogenic Drawing, Talbot made many silhouetted – and sometimes translucent – contact prints of flat objects such as pressed leaves and other botanical specimens, textiles, lace, painted glass, etc., many of them previously illustrated in this blog and accessible in the Catalogue Raisonné.

The chemical secret of Talbot’s sensitive Photogenic Drawing paper is that every grain of silver chloride so formed is also coated with an excess of silver nitrate, and it is this synergic combination that has the capacity for ongoing printing-out of a strong image in tiny particles of silver metal. Unsurprisingly, the detailed mechanism of this phenomenon was not understood until chemical science had struggled as far as the mid-20th century; which accounts for the historiographic observation that silver photography, for the first century of its life, was led by empirical practice rather than chemical theory. Talbot also reasoned that if a deficiency of salt causes sensitivity, then an excesss of salt should confer stability. Treatment of an exposed print with strong salt solution (near saturated, 36%) is indeed one way to fix the printed-out image successfully, as Larry discussed a year ago. When we try to progress from making simple photograms by contact exposure of objects, to photographing views in the camera obscura, the going gets much tougher because the aperture of the lens only accepts a small fraction of the total light scattered by the subject. To make a camera negative takes an exposure at least a hundred times longer than that needed for a contact photogram of comparable density, given the same illumination and sensitive paper. So the exposure needed to make a negative in the camera with Photogenic Drawing paper was in the order of hours. Talbot sought to enhance the sensitivity by applying multiple alternate coatings to his papers, also using them in a moist condition in the camera, and thereby sometimes reduced exposure times to thirty minutes; but a typical exposure in bright sunlight was about one hour, and in duller light it could take a day. Image size was also important to his first successes: his photogenic drawing negatives of 1835, produced in his ‘mousetrap’ cameras – as they were later called by his wife, Constance – were less than 50 mm on the side. Talbot’s famous ‘first negative’ has dimensions 36 x 28 mm, for which he used lenses of focal length typically 75 mm, having apertures of f/3 to f/4, according to estimates by Sidney Ray and H.J.P. Arnold.
The answer to the Gernsheim’s “mystery” and the reason for Talbot’s success both lie in a unique concatenation of at least six technical requirements, sine qua non:
• Silver chloride sensitizer prepared with large excess of silver nitrate.
• Small camera formats to concentrate the available light.
• Lenses of large aperture.
• Lengthy exposures – and a patient experimenter!
• Bright, contrasty subjects, rich in blue and UV wavelengths to which silver chloride is sensitive.
• A method of fixation for enduring proof of the achievement.
Neglect any one of these, and the marginal technology may fail you. Additionally, the experimenter needs to share Talbot’s psychological tolerance of the tonally inverted, negative image. Even so, Talbot only just succeeded with his ‘print-out’ photochemistry: his early camera negatives on Photogenic Drawing paper are mostly under-exposed outlines of trees or buildings against the sky. In his Introduction to the Pencil of Nature Talbot admits as much: “But when the sensitive paper was placed in the focus of a Camera Obscura and directed to any object, as a building for instance, during a moderate space of time, as an hour or two, the effect produced upon the paper was not strong enough to exhibit such a satisfactory picture of the building as had been hoped for. The outline of the roof and of the chimneys, &c. against the sky was marked enough; but the details of the architecture were feeble, and the parts in shade were left either blank or nearly so.” Talbot’s pencil dating on verso – written this way,
it would display correctly in the print

Photogenic Drawing paper remained a privately shared curiosity for a further four years. Talbot’s reluctance to publish his invention may also have stemmed from his difficulty in making camera negatives with sufficient optical density and stability to allow the necessary printing of positives. For this purpose, his method of fixation by excess salt was inadequate. His retrospective text in The Pencil accompanying Plate XX makes the admission that “In the commencement of the photographic art, it was a matter of great difficulty to obtain good positive images, because the original or negative pictures, when exposed to the sunshine, speedily grew opaque in their interior, and consequently would not yield any positive copies, or only a very few of them.” His Introduction to The Pencil also reveals that, at this early stage, he had regarded both the process, and his scientific understanding of it, as far from adequate: “However curious the results which I had met with, yet I felt convinced that much more important things must remain behind, and that the clue was still wanting to this labyrinth of facts. But as there seemed no immediate prospect of further success, I thought of drawing up a short account of what had been done, and presenting it to the Royal Society.” But, to his eternal regret, he did not do so – until he was obliged to publish in January 1839 by the surprise announcement of Daguerre’s great innovation.