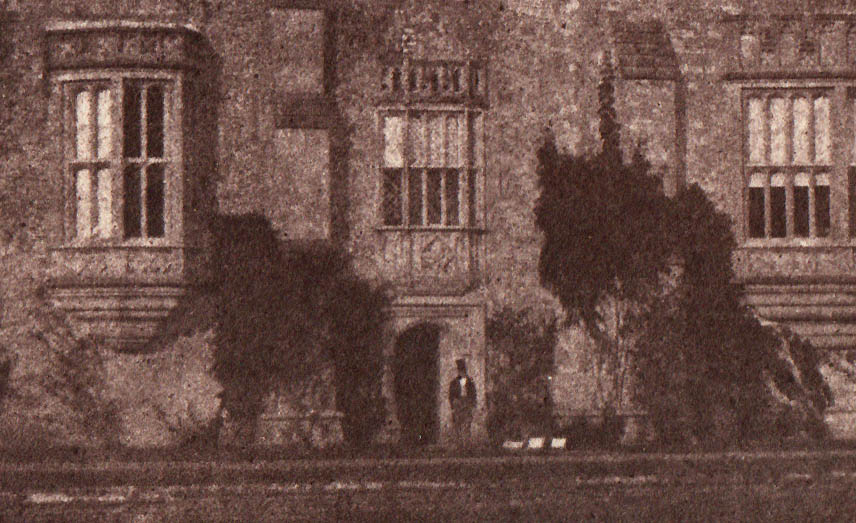 There are very few arts, indeed very few human endeavours, so well documented as is William Henry Fox Talbot’s invention of photography. Talbot (1800-1877) conceived of the art of photography in 1833, achieved his first images by 1834 and revealed the art to the public in 1839. By the time he ceased taking photographs in 1846, Talbot and his close associates had created more than 4500 distinct images. Miraculously, much of this prodigious output still survives. Collectively, they map out the technical and aesthetic progress of the new art from the first days of its infancy to the eve of its maturity. Equally, they dramatically document the emergence of Talbot himself as the first photographic artist. Trapped in silver are cities that have changed, people long since passed on, objects of virtue and those of everyday utility, timeless scenes of light and shade and much more.

Over a span of four decades, Professor Schaaf has examined more than 25,000 original Talbot negatives and prints in collections worldwide. The Catalogue Raisonné project seeks to make this corpus of material freely available to scholars and to the general public. The Catalogue will be the image-based cousin to The Correspondence of William Henry Fox Talbot, which has already mounted full searchable transcriptions of more than 10,000 Talbot letters online. Founded and directed by Schaaf, this resource is widely used in both academia and by the general public and is a highly successful completed project.

Viewed as physical artifacts, many of Talbot’s photographs are objects of beauty and mystery and promise. Each was made by hand on a sheet of paper, exposed to objects under sunlight or in improvised cameras. Negatives were the natural output of this process and many of them were printed, again on a hand-coated sheet of paper, producing a total known surviving output of more than 25,000 prints and negatives.

Much of Talbot’s research was done at his Wiltshire home of Lacock Abbey, itself a rich source of photographic subject matter. The productions at Lacock were often group efforts, usually defying attempts to assign specific authorship. While his wife Constance helped with some of the preparations, it was his formidable mother, Lady Elisabeth Feilding who was most outspoken about his choice of subjects and how to handle them. She also saw that his original photographs got a wide circulation in high society. Talbot’s valet, Nicolaas Henneman, became so involved in the new art that in 1843 he left service to set up the first comprehensive photographic operation, in the bustling railway and market town of Reading. By the mid-1840s, Talbot was collecting and purchasing negatives from his cousin Christopher Rice Mansel Talbot, his artist friend the Rev Calvert R Jones and his travel companion, the Rev George Bridges. The work of Jones and Bridges has so often been confused with that of Talbot that it is necessary to incorporate these as well. The period covered by this catalogue is from the first successes in 1834 until the late 1840s. It will encompass work known to be by Talbot or photographs traditionally associated with him.

The early foundations of the project were covered in this blog.

Soon to Be Frequently Asked Questions

The aim of the Catalogue Raisonné is to publish online records of the approximately 20,000 paper negatives and salt prints produced by Talbot and his close circle known to survive in collections across the globe. Currently more than one hundred collections are represented, along with more than fifty private owners, numbers that are growing steadily.

Every original negative and print will have an item-level record but also will be gathered under an identifying number representing each unique image.  For example, a paper negative and three salt prints from it may be scattered across collections worldwide, but the catalogue will bring them together via a common reference number whilst retaining their individual identity. Researchers will be able to search by title, collection, dates, geographical locations and keywords.  Curated galleries will suggest examples of possible associations, such as the sixty-one unique versions of the Bust of Patroclus.

While being fully illustrated, the Catalogue Raisonné is a research resource, not an image bank.  Image rights are retained by the owners and a link associated with each image will put you directly in touch with them.

Whenever possible, we will publish a thumbnail image with each item-level record.  For each master record there will be selected high resolution images to show each unique photograph at its very best.  These selected images will be tiled, encouraging close examination on the website.   Tools are provided to adjust contrast and density in order to bring out details of weak images.

The Catalogue is designed to encompass all known original paper negatives and salt prints by Talbot from more than 100 collections worldwide.  This amounts to approximately 25,000 items in both public and private collections.

Because they have been so intermixed in past literature, works by Talbot’s family members and close associates will generally be included. These are primarily CRM Talbot, Constance Talbot, Nicolaas Henneman, Calvert R Jones, George Bridges and Henry Collen. The background of previous attributions will be discussed where relevlant.

Each original negative or salt print will have an item-level record which includes detailed information such as image and print dimensions, annotations, owner’s identification number and provenance where available. The actual Catalogue will be organised by Schaaf number (SC number).  Each SC number represents a unique individual Talbot image, such as, ‘The Open Door’, or ‘The Haystack’.  Thus, a negative in the Smithsonian will share the same SC number as salt prints made from it in the J P Getty Museum, the British Library and perhaps three other private collections.  If multiple prints from a presently-unknown negative exist, they will share one SC number. This ‘ virtual museum’ will gather together all known iterations of a single image idea. The SC number also provides a simple yet effective method of cross-referencing related images, such as all views of Patroclus or Talbot photographs taken in France in June 1843.

Because Talbot’s photographs were produced over a relatively short date span (1834-1846, with the majority from 1839-1844), dating is problematic since it often would required finer grained information than what we have available.  Talbot dated some of his negatives but never marked prints with their date of production.  In a very few cases prints can be pinned down, usually if their negative date is firmly known and a recipient such as Sir John Herschel recorded their receiving date.  In all cases, any dates given are the date of the negative and if additional dating information is known about a particular print it will be in the notes for that object.  ‘Circa’ is not a very useful label within our limited date range and has been avoided.  Sometimes we can establish an early date. If we know that a negative is a calotype then we know that it cannot be earlier than September 1840.  If a recently-built building is depicted that can provide at least an approximate early date.  A late date might be established by one of Henneman’s invoices for printing or a letter from a recipient acknowledging receipt or the publication of a particular photograph.

The search mechanism will be highly flexible.  Users can search by photographer, title, collection, date, genre, geographic location and keywords.  The results will be returned as galleries illustrated by thumbnail images with key data.  Selections can then be expanded to show full records.

In addition to the thumbnails for each item-level record, each Schaaf number will be illustrated with one or more editorially selected full-scale images.  For example, a surviving negative will be shown along with at least one representative print made from it.  If there are significant variant prints (for example when a negative was re-printed after being further trimmed) these will also be shown.  Important inscriptions will be illustrated.

Full-scale illustrations can be enhanced onscreen by simple tools that allow magnification, panning through the image and adjustment of contrast and density.  These temporary effects might assist the researcher in examining fine details or by making faint or indistinct photographic images more legible.  Negatives will be accompanied by a digitally created positive when no satisfactory original salt print is available for illustration.  All full-scale illustrations will be delivered at high resolution so as to enable the researcher to examine and compare images in fine detail

These will be curated sections that will illustrate broader concerns such as popular subjects, conservation, watermarks and other paper factors, technical explanations of processes &c.  These will be coordinated with the blog postings.

Users have the option to register and set up a free account that will allow them to create, annotate  and store their own collections of search results.  However, future print publications resulting from the online catalogue will be encouraged.

Long before the term was coined ‘crowd sourcing’ proved to be a critical part of the Talbot Correspondence project.  Visitors to the website will be encouraged to take part in its creation and sophistication. Each catalogue record will have a button that will allow the reader to make comments or suggestions.  Thus, if a reader recognises a church or a sitter’s identity or a copied arrtwork they can share this with the project team with minimal fuss.  If the reader has optionally entered an email address, an automated response will be returned including their comments and the reference coordinates for the image and thank them for contribution. The staff may  respondwhere further discussion is indicated. The reader’s original message will not be visible to the public, but if their contribution is significant it may be published later, with permission, in the project blog.