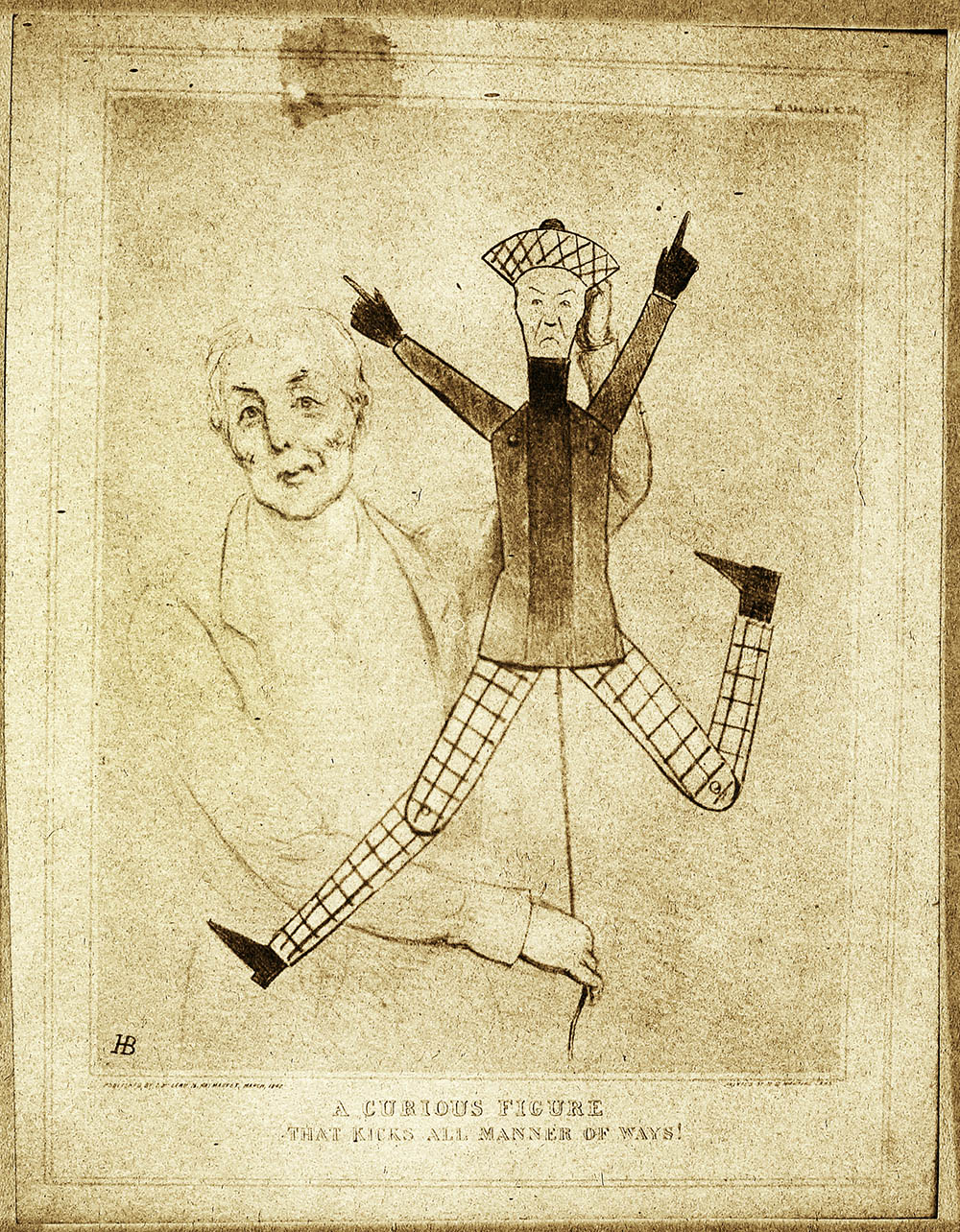 It seemed appropriate as 2016 is drawing to a close to borrow from Henry’s favourite satirist, John Doyle.  For many of us the past year has been “A Curious Figure That Kicks All Manner of Ways!” indeed.  Surely 2017 is bound to be better and the staff of the Catalogue wish you the very best for it. 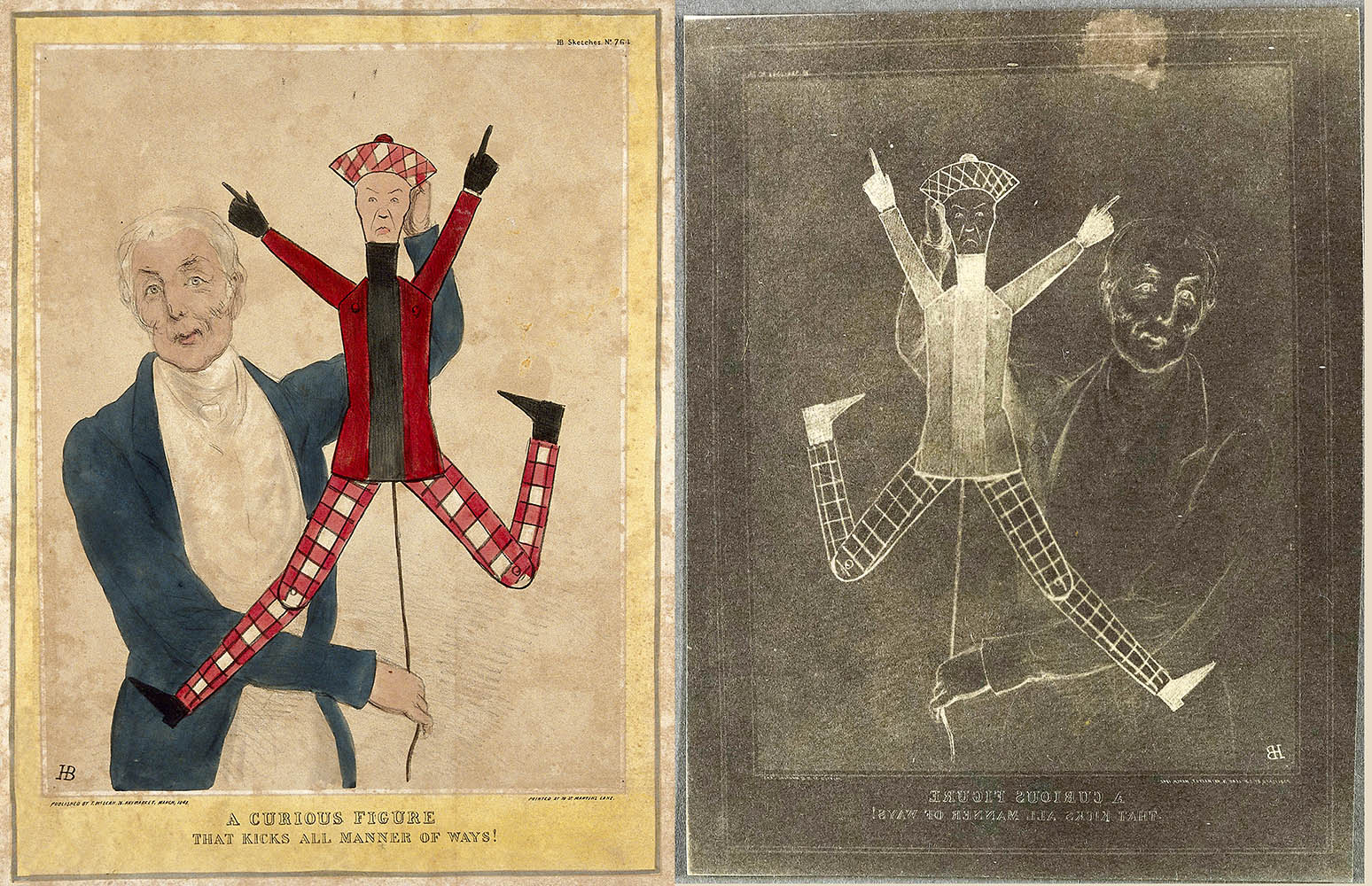 The figure is set dancing by the hand of Field Marshal Arthur Wellesley, 1st Duke of Wellington (1769-1852) with his puppet being Henry Peter Brougham, 1st Baron Brougham and Vaux (1778-1868).  By 1843 the Duke was the Leader of the House of Lords under the Tory Prime Minister Sir Robert Peel.  Lord Brougham had become so unreliable for his Whig party that he was no longer Lord Chancellor, but he retained an active political life.  The Duke tried to utilize Brougham’s feral ways but was never really in control. If you have ever yanked the string on one of these articulated Jumping Jacks, you will understand Doyle’s reference – the kicking and dancing is wildly unpredictable and one’s nose is at risk.

What could either be considered a weakness of photographic reproduction or an interesting demonstration of light is revealed here.  Early photographic materials responded mostly to blue light.  Consequently, the blue jacket heavily exposed its area of the negative, resulting in a light jacket in the print, and the red figure was barely perceived by the calotype material, leaving those areas clear in the negative and unnaturally dark in the print.

It is always tempting to assume that Talbot’s copies of prints were made by contact onto photogenic drawing paper.  However, the original lithograph was on fairly thick paper and measured 31 x 24 cm.  Talbot’s negative must have been made in a camera, using the calotype process, and is about 7 x 5.5 cm, about one-fourth as tall and only one-twentieth the surface area.  Such was the facility of photography to translate an original artwork into whatever size was required.

Have a happy new year!