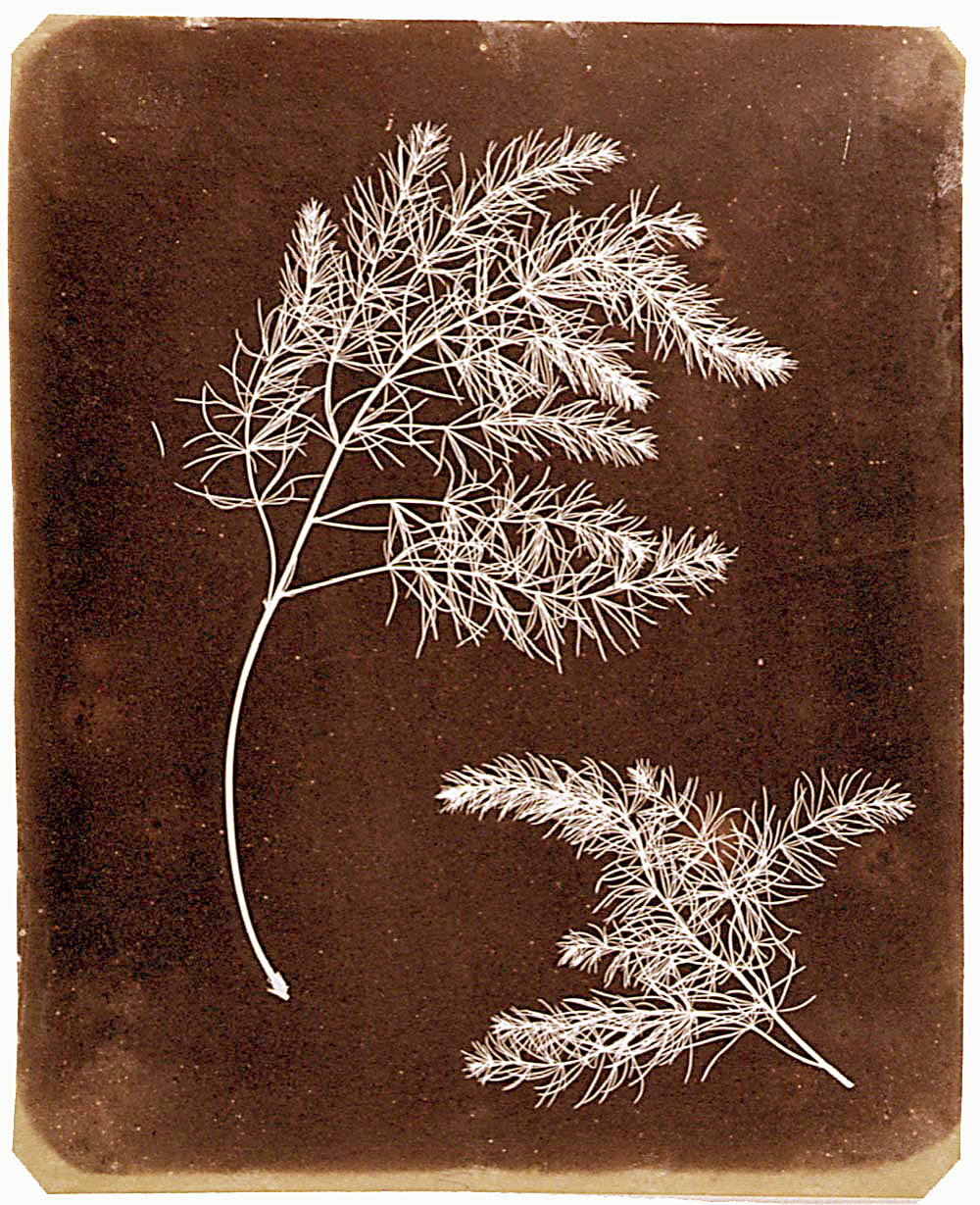 Surprisingly, although the name ‘Fox Talbot’ is commonly used today, among the more than one-hundred photographic prints and negatives signed by the photographer there is not a single known example where he incorporated the word ‘Fox’ as part of his signature.

The harmonious ‘Fox Talbot’ rolls off the tongue so readily that its use has become almost universal.  A few of his contemporaries, often those who did not know him well, employed it casually or to distinguish him from the Irish Talbots of Malahide. The employment of ‘Fox Talbot’ became more frequent in publications after his death and by the 20th century it had become customary. However, Fox was only a middle name and Talbot’s surname was never hyphenated.  This had practical implications.  It is not unusual to see ‘Fox-Talbot’ in secondary literature, confusing the index.  In library and museum card catalogue,  Talbot was sometimes mistakenly physically filed under ‘F’. Computer and online catalogues can exacerbate this problem; while “Fox Talbot” can help narrow the results of some online searches, in other cases they miss Talbot entirely.

The Fox so often associated with his surname was only one of his given names, honoring the family of his mother, Lady Elisabeth Feilding, outspoken daughter of Henry Fox-Strangways, the 2nd Earl of Ilchester. Perhaps out of deference to his mother, Henry signed some of his books and journal articles ‘H. Fox Talbot.’ He signed his letters ‘H.F. Talbot’ or ‘Henry F. Talbot’ far more often than ‘H. Fox Talbot’.  Within the extended family he was almost always Henry rather than William Henry, perhaps to distinguish him from his favourite uncle, William Thomas Horner Fox-Strangways.

There is every indication that the form of address of  ‘Fox Talbot’ was not warmly embraced by the subject himself.  In 1823, Henry wrote to his mother from Naples that “I observe you always direct to me Fox Talbot by way of discrimination, but it does rather the contrary. For, the letters are here distributed from different windows, according to the different letters of the Alphabet, and the other day I found no letter for me under T, and accordingly asked for letters for Mr Fox when they immediately produced one from you”. Further evidence that Henry himself had little enthusiasm for ‘Fox’ is revealed in an a letter of 1842 to his mother on the birth of his only son: “You know we had fixed on the name Charles Henry, but if you wish it we can make it C.H.F.T. Constance says she is quite willing.” Even the reluctant offer to incorporate the F. here was not what it appears.  It was not a reference to Fox, but rather a homage to his beloved late step-father, Admiral Charles Feilding.