In the first part of this ‘Good Day Sunshine’ series,  a simple photogram represented the capture of the shadow of a leaf, although, counterintuitively, the ‘shadow’ came out light against a dark background.  The sunlight reaching the sensitized paper surrounding the leaf darkened it, whereas the leaf shielded the paper beneath it, allowing this area to remain light.  Talbot could restore the leaf’s shadow to darkness by employing the resulting negative in the same manner as he had used the original leaf, placing it over another sheet of sensitized paper and exposing them to the sun. The tones in this second photograph were reversed and the leaf would once again come out dark against a light background, just as our eye originally expected.

This second stage reversal was the essence of Talbot’s positive/negative process whereby multiple photographic prints could be generated from the original negative, thus not only correcting the tones but also allowing wider distribution of the image.  Since Talbot’s original goal was to substitute Nature’s hand for his own miserable drawing skills, his next step was to place his sensitive paper into a simple wooden box with a lens – a camera obscura.  The resulting camera images were remarkable with the negative representing three dimensionality and subtle changes of lighting and tone.

While Talbot’s use of a camera gave him a mastery over Nature’s images, it did not give him mastery over the weather which ultimately modulated the look of his finished photographs.  On hazy days with muted sunlight the shadows in Talbot’s photographs would be soft and even, as if a ‘softbox’ had been used out of doors on a grand scale (a ‘softbox’ being a modern day lighting accessory that yields a uniform diffuse light in the studio).  In a photograph probably taken by Nicolaas Henneman in his base town of Reading, every part of the church is evenly lit with no distraction from strong diagonal shadows across walls. 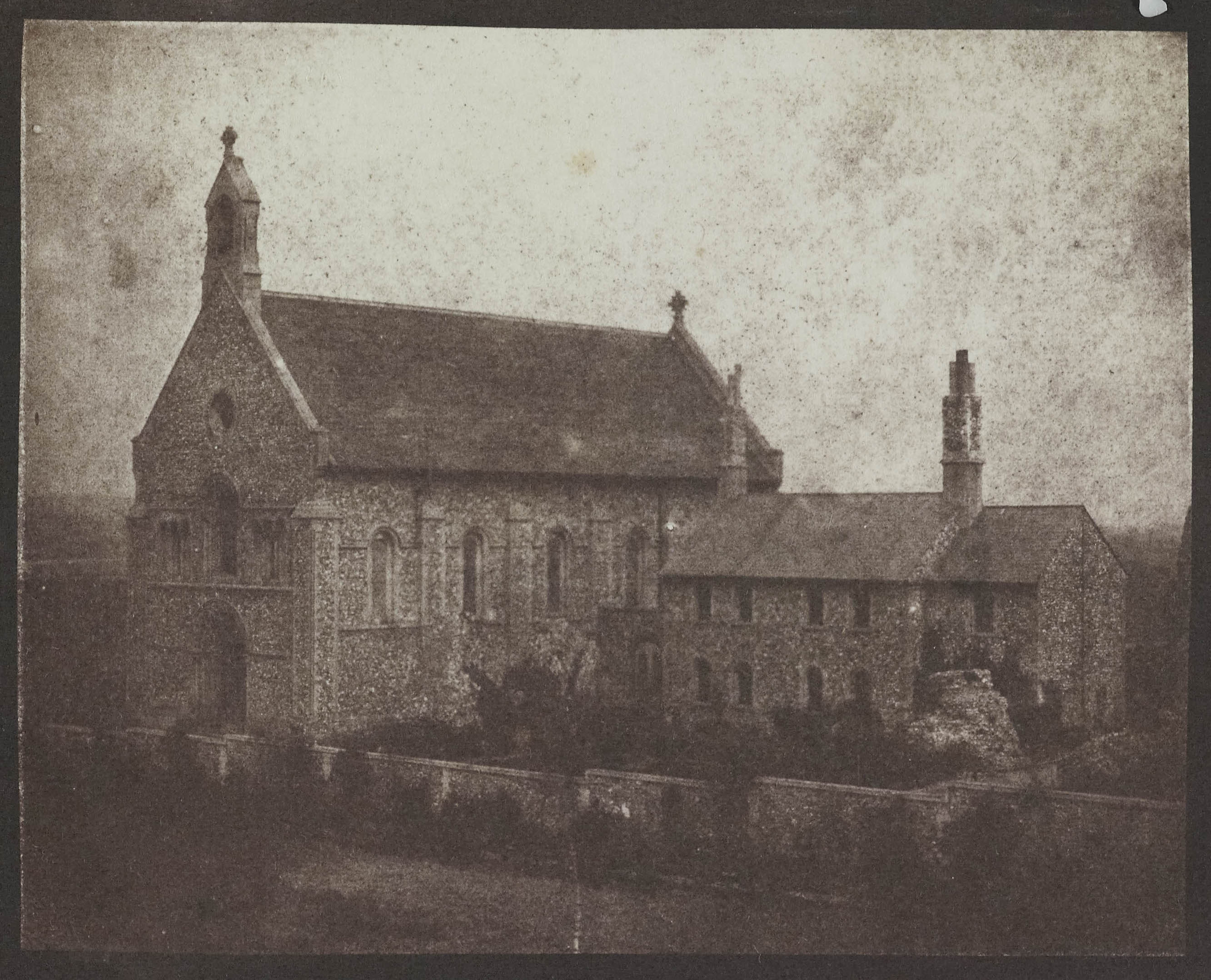 Using a camera to render the three dimensional world effectively in light and shade, direct sunlight could sometimes dominate the image, even blindingly so.  On bright days when the sky was clear, strong sunlight created equally strong shadows. 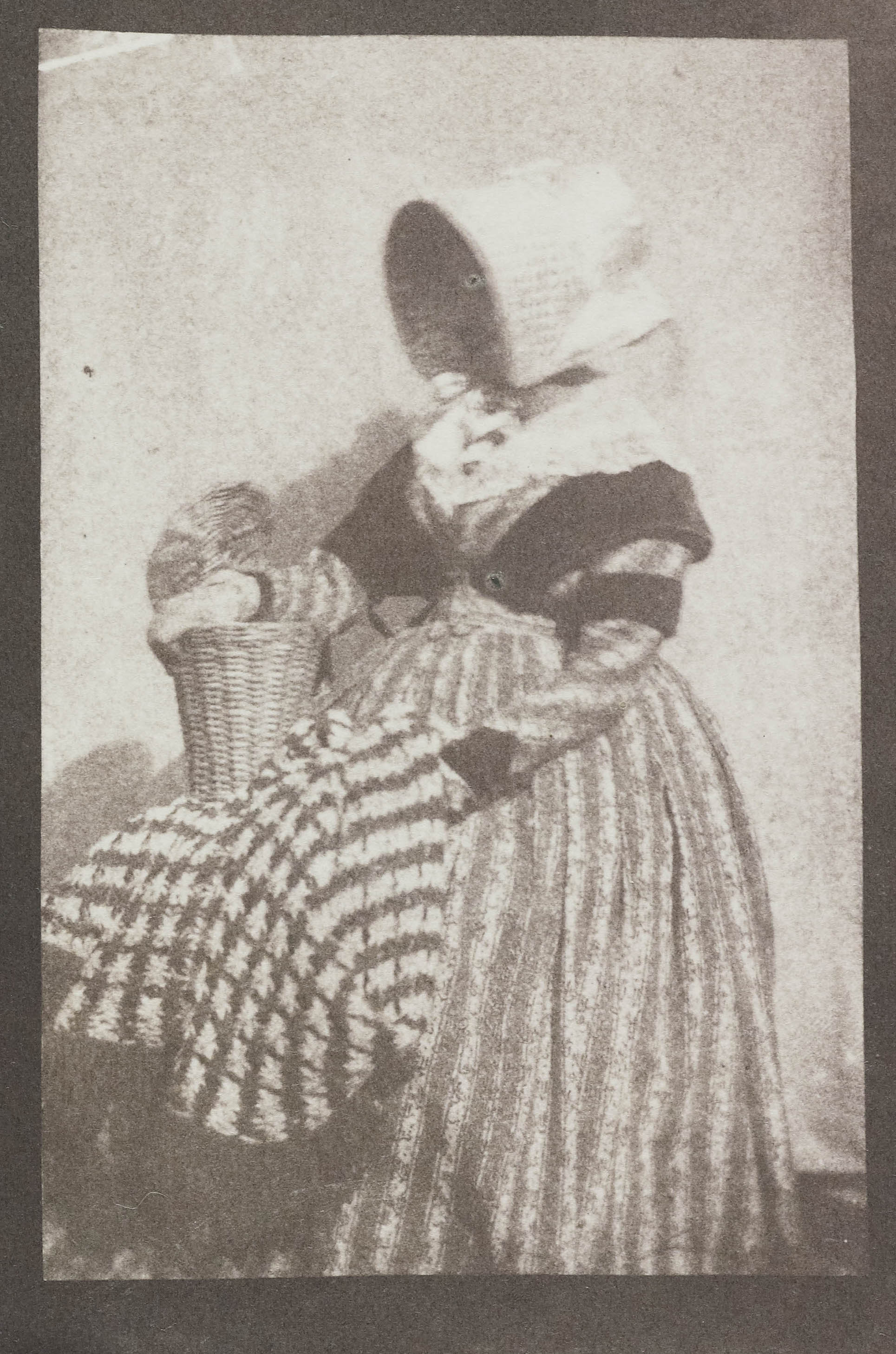 Our mystery woman, her face totally obscured by the intense shadow cast by her bonnet, is probably Lady Elisabeth Feilding, Talbot’s mother.  Her anonymity caused by the shadow is probably something seen as a defect by most photographers.  I feel for her, having to pose in such heat while wearing the heavy fashions of the day and we can only hope that the deep shadow from her bonnet provided a welcome relief.  Meanwhile I feel discomfort at the sun’s intense heat as it must have beat down the day that photograph was taken.  So, for me, the strong shadows in early photographs don’t evoke the sun’s pleasant rays so much as its thuggish strength and overwhelming energy.  However, thankfully there is another type of sunlight that sometimes materialises in early photographs which doesn’t make photo-sensitive souls like me want to retreat indoors, but more on that next time.