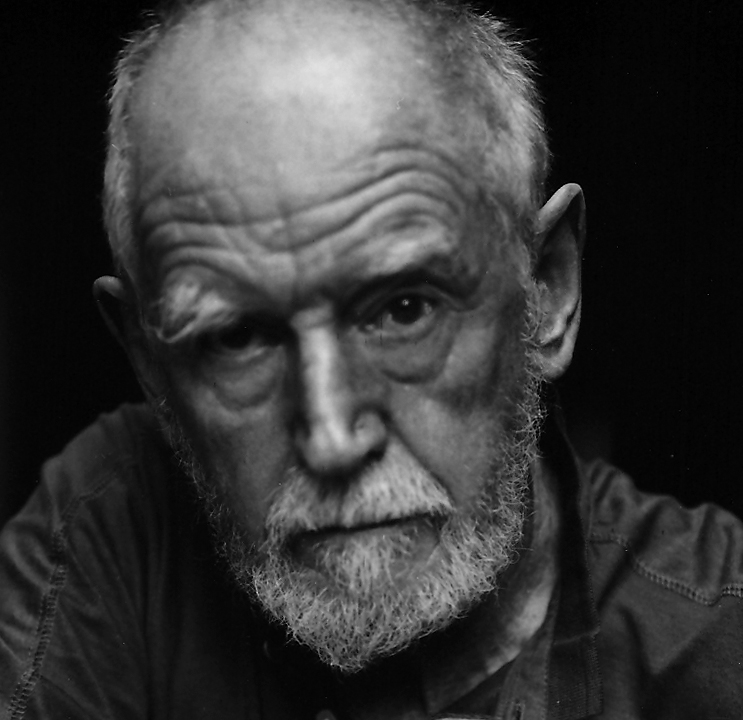 In 1658 Sir Christopher Wren (1632–1723) — ‘the only All Souls genius’ according to John Simmons (of whom more in a minute) — designed a sundial which was installed centrally on the five-bay south-facing façade of All Souls college chapel. Accurate to the minute, it was used up until the nineteenth century by Oxford watchmakers to regulate their timepieces.

This sundial was mentioned by Jaanika Vider in her First impressions, illustrated with an enhanced print of Talbot’s photograph of the south wall of the chapel with the sundial placed above the central bay (Schaaf 41).  She pointed out that the sundial was re-located in 1877 to the centre of the south-facing façade of the Codrington Library in Great Quad.

My photographs below show these two façades as they are today. They were taken last Monday, 16 July, a day when the sun only fully came out from behind the clouds when I had exposed the last frame of the film in my Rolleiflex 6 x 67 SLR with a 50mm lens. 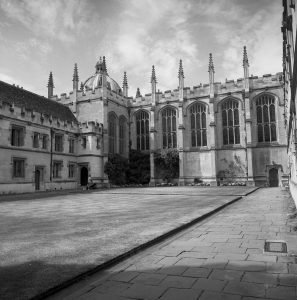 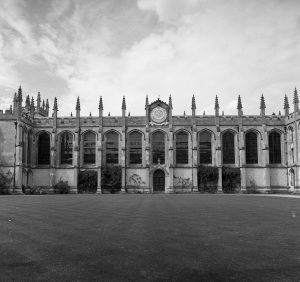 This act of ‘High Victorian hubris’ (Simmons again) has led to much unease and disputation. John Simmons (1915–2005) a distinguished bibliographer and scholar in Slavonic studies, was Librarian at All Souls and a passionate advocate for the return of the sundial to its original location. His short tract Wren’s Sundial Remov’d or High Victorian Hubris at All Souls (2000) was written to persuade fellow fellows to right the wrong of their predecessors.

Norma Aubertin-Potter, All Souls archivist to whom I owe my gratitude for making a copy of this work available, has told me that Simmons was well aware of Talbot’s photograph and that it formed part of the argument for the sundial’s return to the chapel—though this is not mentioned in the leaflet. The two main reasons advanced by Simmons are that the sundial’s position on the library is an anachronistic and unwanted ‘punctuation’ of the symmetry of the Great Quadrangle, so carefully worked by Nicholas Hawksmoor (1661–1736); and that the re-positioning has destroyed the accuracy of the dial. Neither Simmons’ tract nor the fact that a bequest he made to the College on condition that the sundial was put back where it should be were enough to persuade the fellows to agree. In 2006 they turned down the bequest and so the sundial remains on the library.

Except, that is, in a photograph by All Souls fellow, Professor Deborah Oxley, who has photoshopped it back into its original position on the chapel. Is this virtual return to something Henry would recognise the end of the saga? 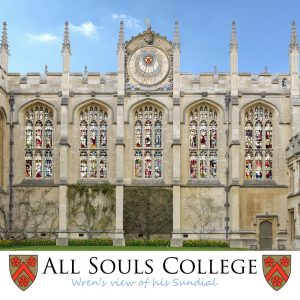