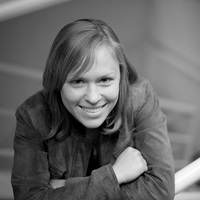 August is the holiday season – as the schools close their doors for the summer, fewer and fewer people are seen in offices and many enjoy well-deserved time holidaying abroad. So it seems appropriate to dedicate our penultimate Summer Pleasures blog to the topic of distant places.

From the first weeks of joining the Catalogue Raisonné project, I was struck by the sheer geographical spread of the photographs being brought together on the website. Photographs by Talbot and his close circle have traveled far and wide as can be seen in the visualisation below. While this map can hardly be comprehensive as it is bound to miss some photographs unknown to us or wrongly attribute those that have moved recently and will not include every bound volume, I believe it gives a good idea of the global distribution of collections represented on this website.

So how did these early paper negatives and salt prints end up spread over the globe? Many were distributed by dedicated descendants eager to establish or uphold the inventors reputation. In particular, Matilda (‘Maudie’) Talbot (née Gilchrist-Clark) who inherited Lacock Abbey from Talbot’s son, Charles Henry in 1916, is recognised as a key figure in establishing her grandfather’s reputation by preserving Lacock Abbey and donating parts of the collection to institutions such as the Royal Photographic Society and the Science Museum in the UK, Auckland Institute in New Zealand and to the Smithsonian Institution in Washington D.C. A detailed discussion of some of these and subsequent movements of Talbot’s legacy can be found in Schaaf, L.J.(2004) ‘Do not burn my history’: the physical evidence of William Henry Fox Talbot’s creative mind’. In some cases, personal networks were at play – for example the Talbot collection in my own home town, Tartu, appears to have materialized as a result of a friendship formed during a Girls Guide Conference as discussed in “Very far away from England“.

However, many photographs were also sent during Talbot’s lifetime. Indeed, notes such as ‘folded’ in the catalogue are a sign of such travel. Letters on the William Henry Fox Talbot correspondence website likewise often reference images sent back and forth in bids to improve the novel calotype process or share the fruits of his labours. Two such correspondents were Italian – the eminent Botanist Antonio Bertoloni (1775-1869) and the astronomer Giovanni Battista Amici (1786-1868) [Footnote 1]. While the Bertoloni album, discussed in “The curious case of wandering shears” and “Miscellanea Photogenica, No 1” made its way to the Metropolitan Museum of Art collections via Paris and London, the Amici collection is held by the Biblioteca Estense Universitaria in the scientist’s place of birth, Modena. 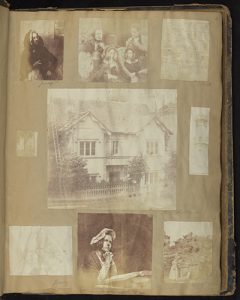 Another significant early album is that of Richard Willats, a London-based manufacturer and dealer in photographic supplies, one half of the T & R Willats of 98 Cheapside who received a note from Talbot’s solicitors over Patent infringement. Talbot photographs of Paris (Schaaf 126, printed in Art Union in 1846) and of three sailors on HMS Superb in Plymouth are placed among 85 pages of early photographic prints.The album is thought to have been compiled from c. 1845 onwards and was acquired by the Princeton University Library in the 1950s after it was auctioned as part of the Albert E Marshall sale by the Swann Galleries in New York.

However, photographs were not just travelling from Talbot to others. It is well known to the visitors of this website that Lacock Abbey became the destination for many hundreds of photographs, particularly those by Nicolaas Henneman and Calvert Richard Jones who worked closely and collaboratively with Talbot. Jones in particular is responsible for many of the more distant locations represented in the photographs on the Catalogue Raisonné. In the map below, the red dots represent locations of Talbot’s photographs currently identified in the Catalogue – over 500 being taken in Lacock Abbey or Lacock village, 232 in Oxford, 81 in Paris and 65 in London.  The furthest Talbot took his new practice from Lacock Abbey was Scotland and France. Jones’s blue dots on the other hand showcase not only his studies in Wales, near his family home, but also his travels with Christopher ‘Kit’ Rice Mansel Talbot and his attempts to commercialise his two passions – travel and photography. Jones and Kit Talbot met at Oxford and the two became such a close pair that in 1830 Talbot wrote to his mother, Lady Elisabeth Feilding, “Kit is here in the Galatea with his usual satellite Calvert Jones.” 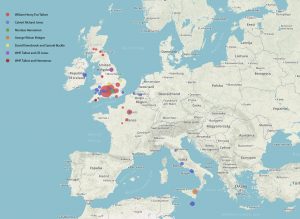 Jones has been described as ‘not so neat’ and patient [Footnote 2] as some of his contemporaries, which made the calotype process somewhat frustrating for him. However, Talbot’s improvements and the portability of paper converted him to the cause and in 1845 he declared “My zeal in the cause of your beautiful art, would lead me to any places, however distant, in order that it might be promulgated.” Indeed, the zeal with which Jones photographed Malta lead Kit Talbot to write to his cousin “I fear you will have a surfeit of Malta” in May 1846 referring to over 100 views of Malta that Jones took – many parts of panoramas that he is known for. Today, this surfeit is a welcome sight as Jones takes us on virtual holidays while working on the project.

Both the places depicted in the images on the Catalogue as well as all of our contributors around the world take us on constant journeys both in time and space. As the “Where are you now” section of this website makes clear, tracking elusive movements of prints relies on the knowledge of our collaborators from around the world. Where ever you are now, I hope you have enjoyed or perhaps are still enjoying a the kind of view Calvert Jones captured in Malta. 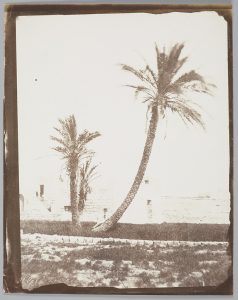